Last week, I wrote an item in Forbes.com about the silliness of the notion that a gold standard system creates “balanced trade.” You’ll find this claim in a lot of economics textbooks.

I didn’t have much space in the Forbes item to go into a lot of detail. Here we have some extensive studies about the Balance of Payments for the U.S. during the 19th century: 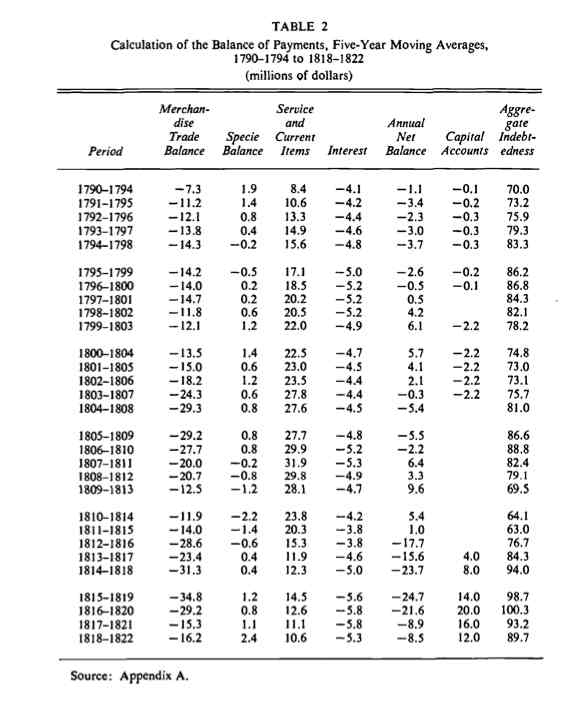 Note the second column, the “specie balance,” which is the net imports/exports of gold and silver bullion. We can see that a) trade is certainly not “balanced,” especially after 1812, and b) the “specie balance” has nothing at all to do with the “trade imbalance.” For some reason the author uses five-year moving averages here, which is a little odd. 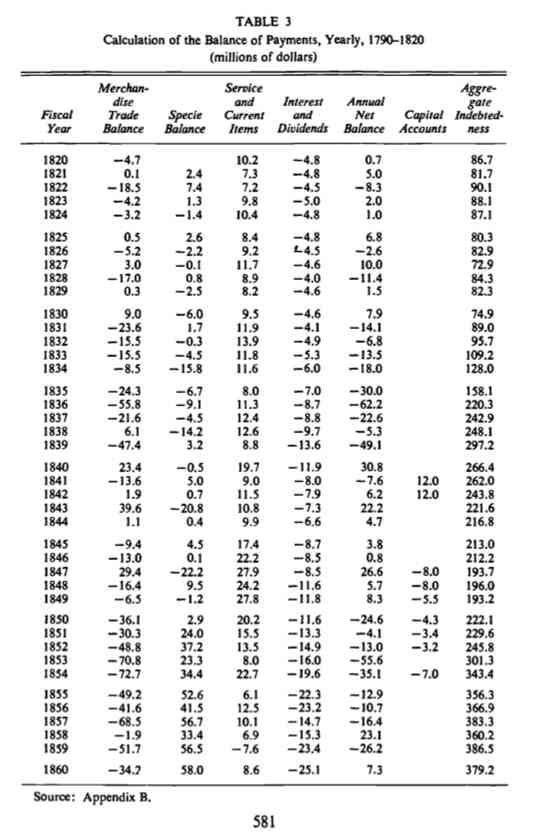 Same story. Here we see a surge in bullion exports following the discovery of  gold in California in 1849. 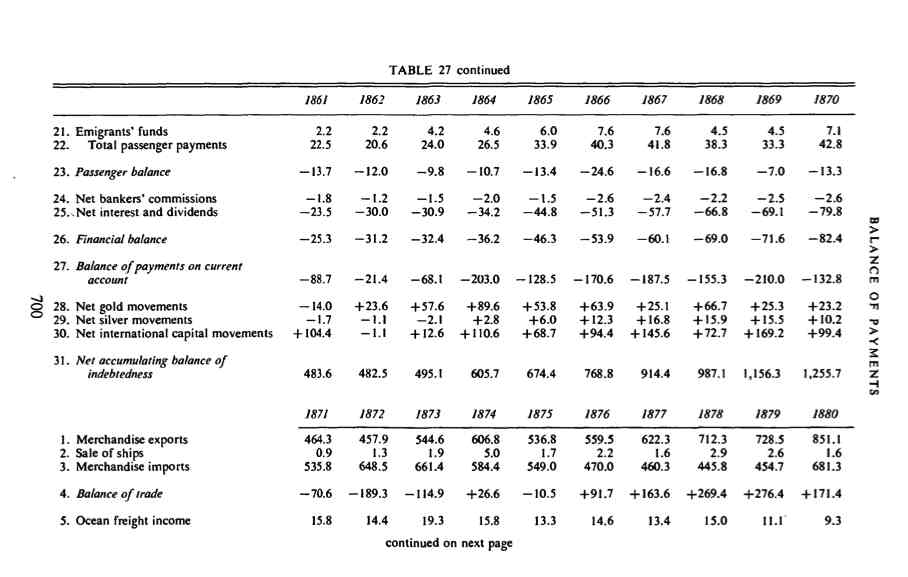 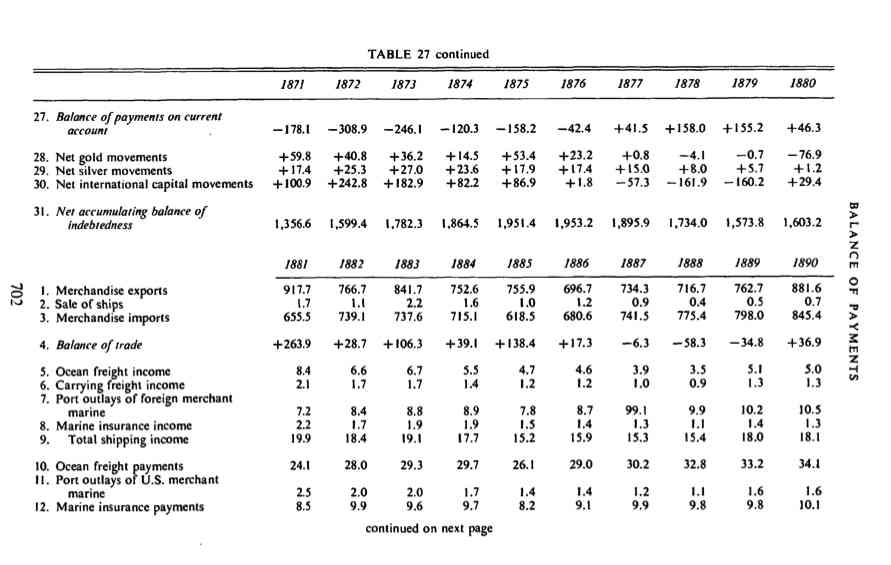 At the end of the day, movements of gold and silver are really no different than movements of copper and aluminum. It moves from where it is in relative surplus to where it is in relative scarcity. It is just trade in metal. Gold and silver happen to be useful for money (silver not so much today), or as a monetary basis, while copper is useful for wiring and aluminum is good for making soft drink cans. That’s really the only difference. 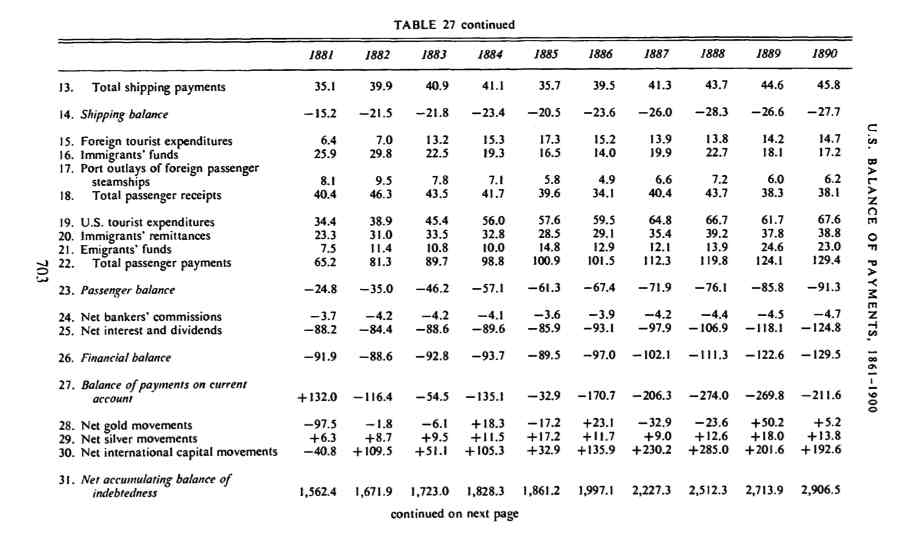 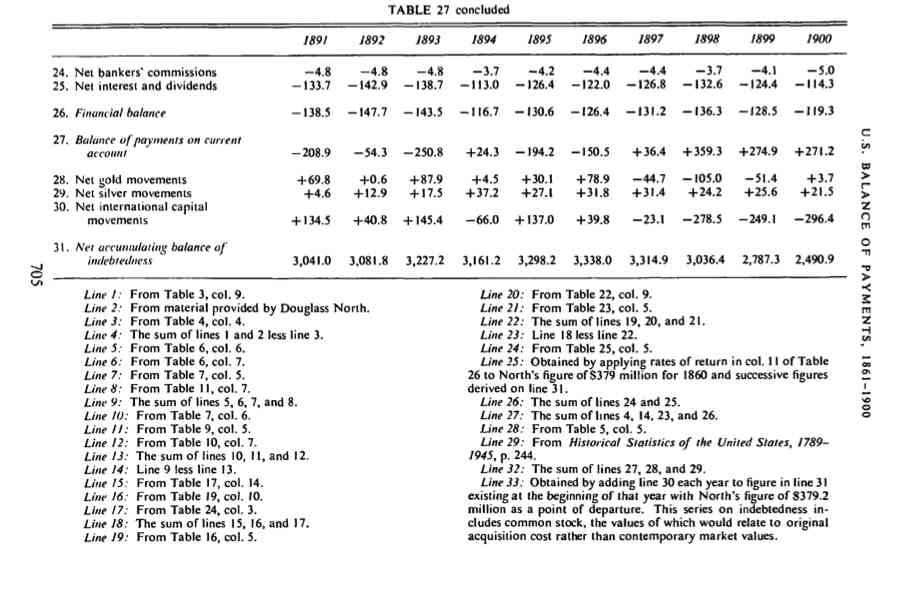 You can look at the Canadian example yourself if you are interested. The point is, this notion of a gold standard causing “balanced trade” is a complete fairytale. All that a gold standard does is maintain a currency at a stable value, rather than having a currency that bounces around every day like our currencies today. That’s really the only difference. Everything that you can do with a floating currency today, including international trade, is possible with a gold standard system. Actually, a gold standard system makes all of that a lot easier. When currencies are pegged to gold, then they have fixed exchange rates with each other. In effect, everyone is using the same currency. This simplifies things enormously. Today’s condition of floating currency chaos causes endless difficulties for the proper working of the capitalist system.