Sovereign default and restructuring (of debt) looks like it will become a topic of interest going forward, so it would be good to get a little background on the history here.

A “default” means that a borrower (in this case, a government) does not make a scheduled debt payment on time.

With all that in mind, here’s a neat database from the Bank of Canada. It’s a record of sovereign defaults of all countries worldwide since 1975.

The real action is in an excel spreadsheet, here: 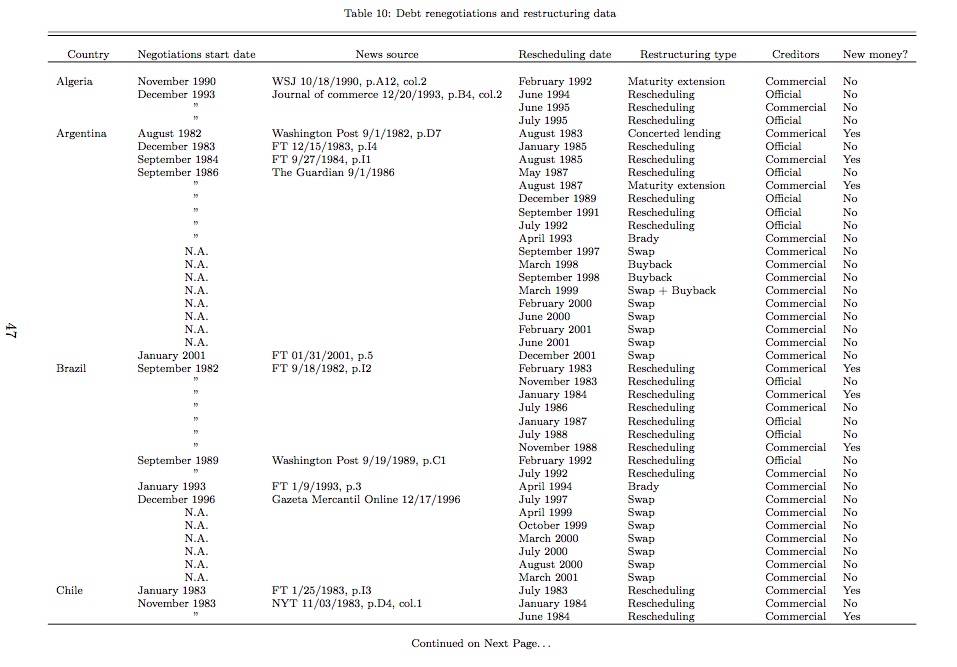 None of this requires any new currencies, of course. It’s really no different than an individual who defaults on a credit card debt, and then gets a call from an agency that offers to accept $0.10 on the dollar to resolve the debt.