Today, I thought I would say something about Britain’s return to the gold standard at the prewar parity value in 1925. This is often portrayed as a big mistake. But, it doesn’t seem like that big of a deal to me. Basically, it involved about a 10% rise in the value of the pound, from where it had stabilized in 1922-1924. That certainly did have some recessionary implications, but not very much I think. It is a bit odd that people who have lived their adult lives in an environment of floating currencies, where 10% moves are very common, want to make such a big deal about this. Here is the euro/dollar exchange rate over the past twenty years:

Against this, we have all the advantages relating to a fixed exchange rate linked to gold. The fate of the British pound would no longer be in doubt, and exchange rates with other gold-linked countries (in 1925 this mostly meant the U.S. and Germany) would be stabilized.

Here is what the British pound looked like at the time: 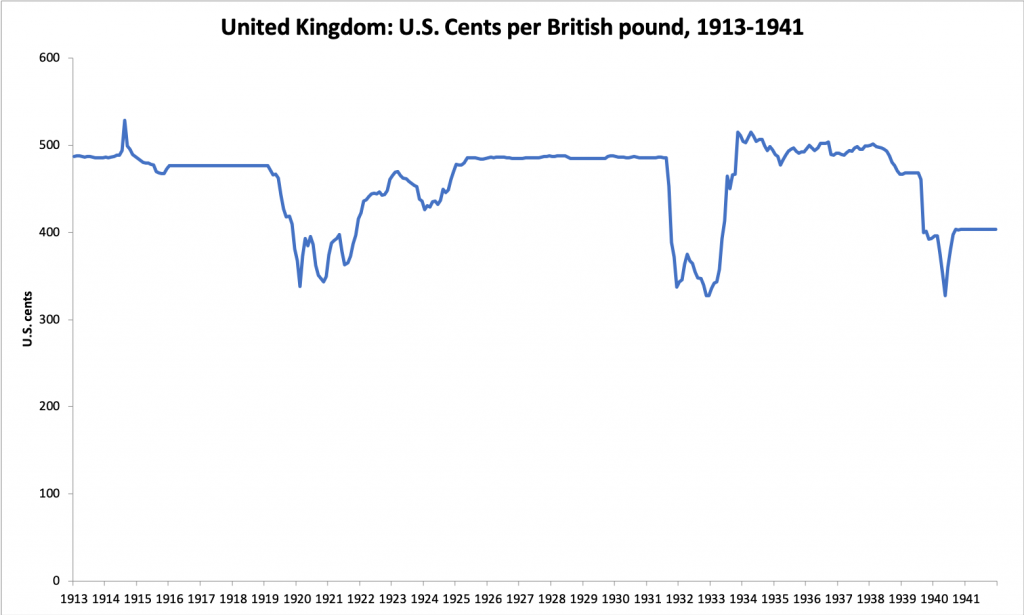 Below, I’ve normalized this to 1913=100, so that the percentage moves are more obvious. 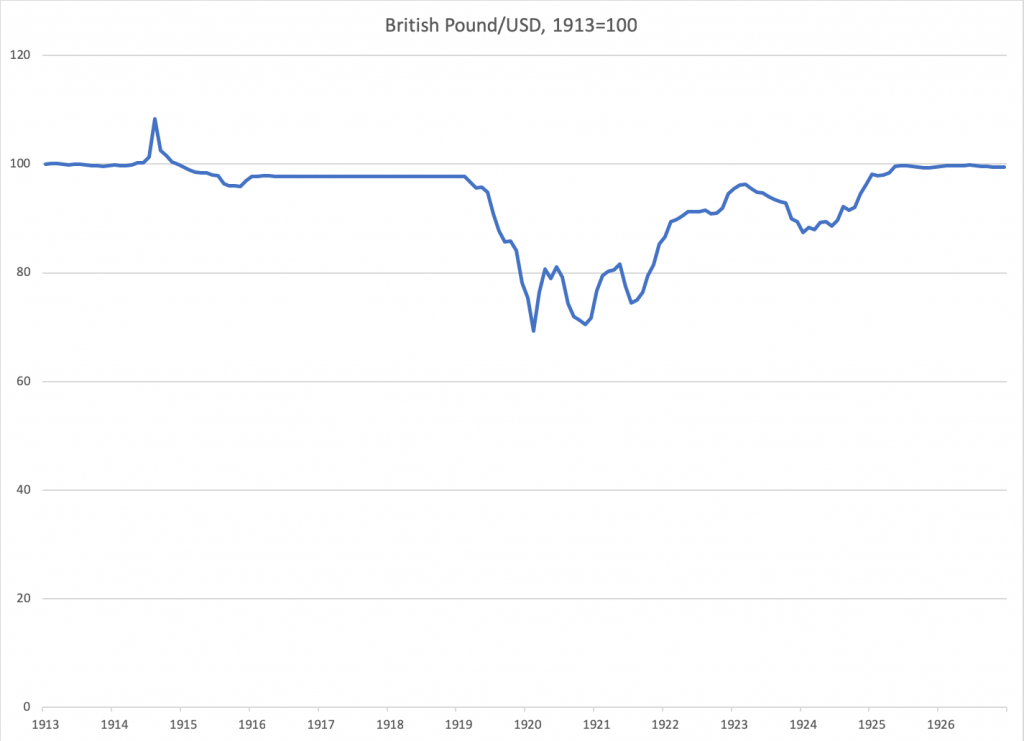 The true value of the British pound was obscured during wartime by capital controls. Britain left gold in 1914, and engaged in some printing-press finance during the war. So did the United States. When the U.S. gold embargo was lifted in 1919, the effect was to return the dollar to the prewar gold parity. At this point, in late 1919, the value of the pound vs. the dollar (and consequently, vs. gold), became apparent. We see that the pound recovered much of its value in 1919-1922, and then stabilized in 1922-1924 about 10% below the prewar parity. Then, there was a move back to the parity in 1924, which was completed in 1925. 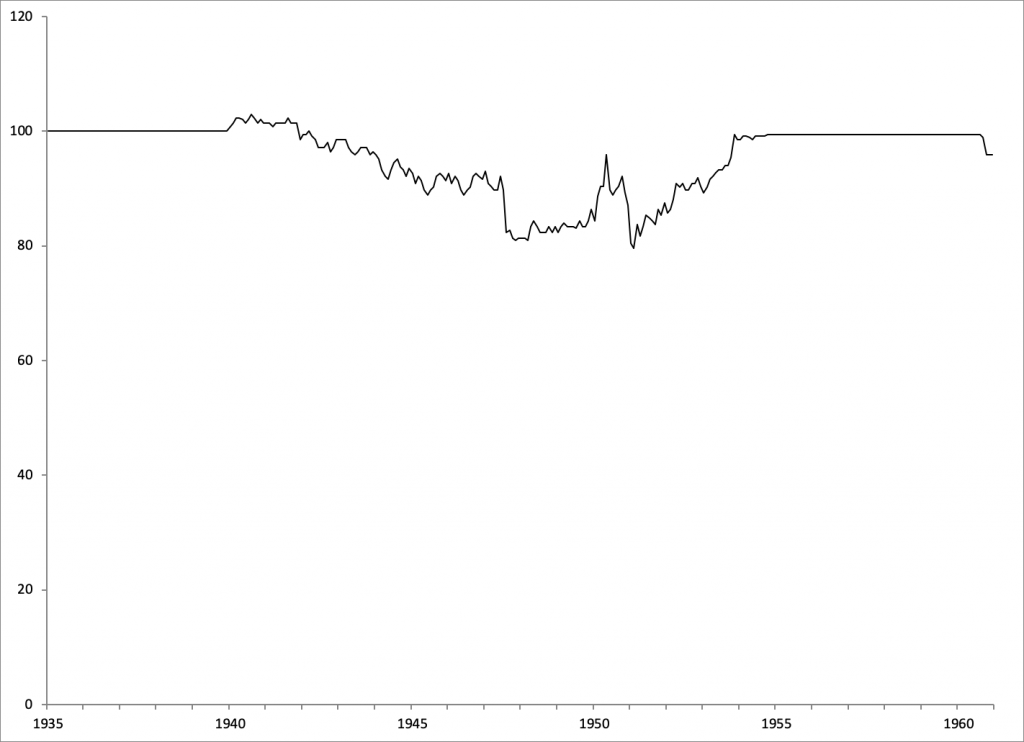 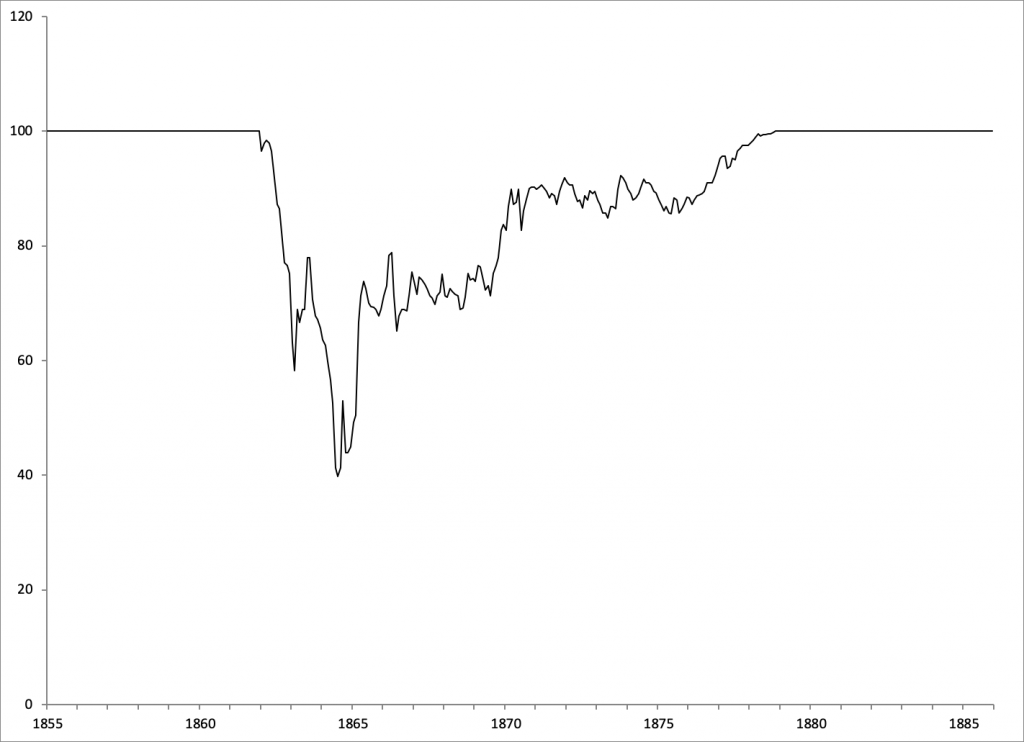 This is the same for the U.S. dollar during the Civil War. ($20.67/oz.=100) The dollar returned to its prewar parity in 1879, Much like Britain, there was a period of stabilization in the mid-1870s, a little more than 10% below the prewar parity. Then there was a move back to the parity. This was also generally considered a good thing. Industrial Production in the U.S. had a nice liftoff following the return to the gold standard. 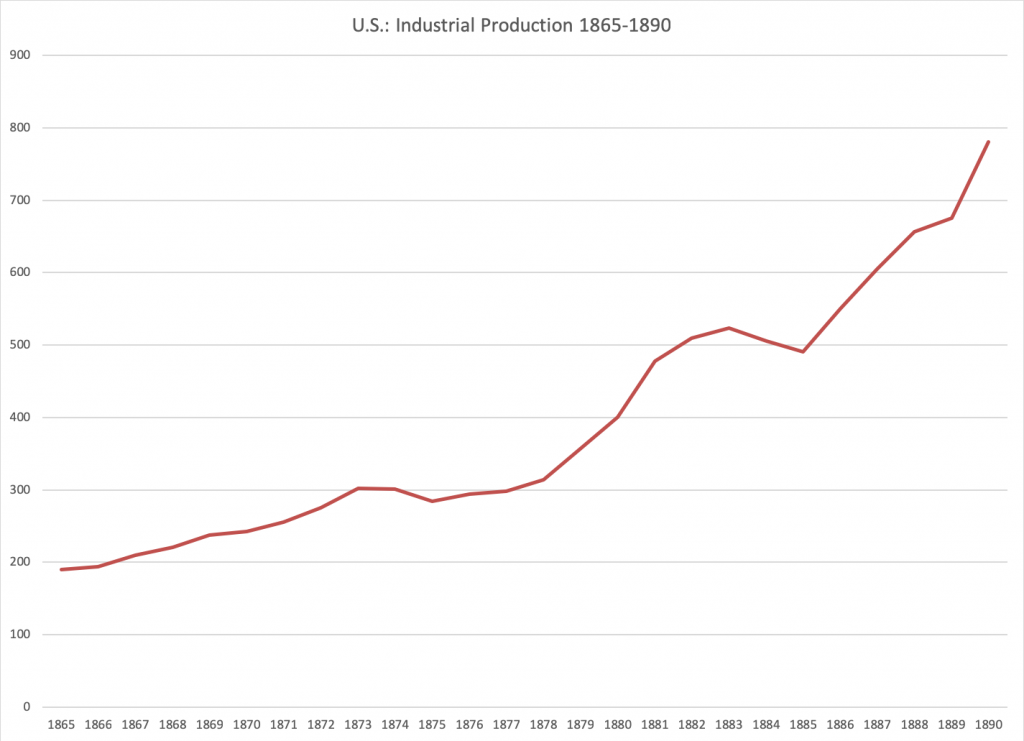 There was a nice decline in yields, which certainly helped. 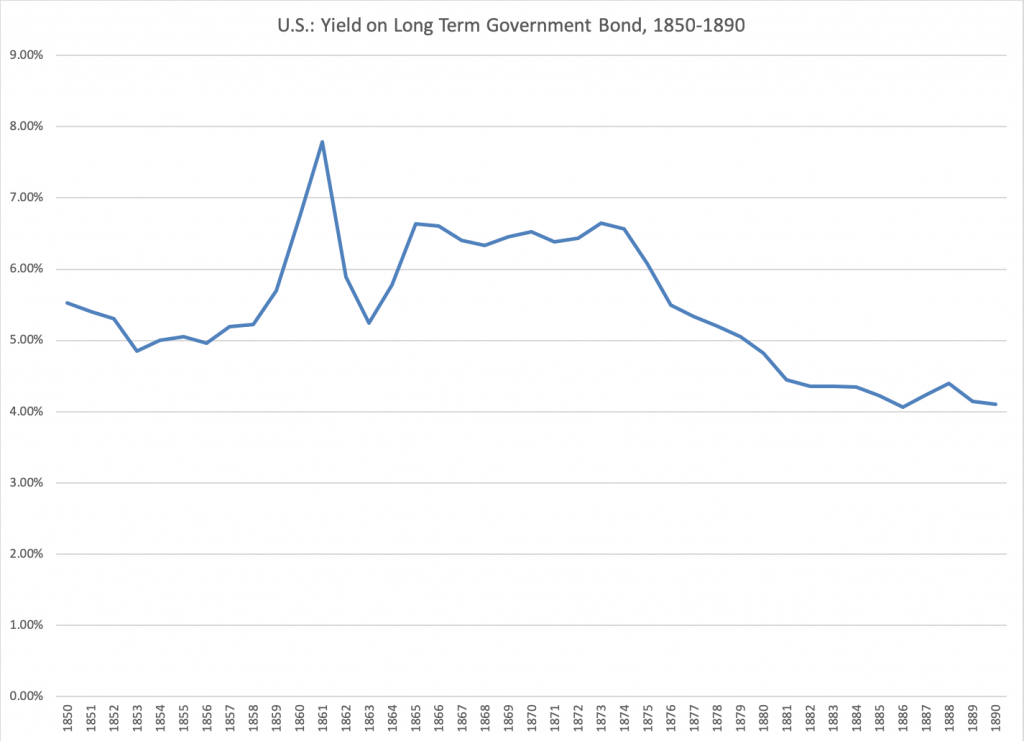 There was no corresponding decline in yields in Britain around 1925. But, there was a decline in 1921, perhaps reflecting expectations of the eventual return to gold. 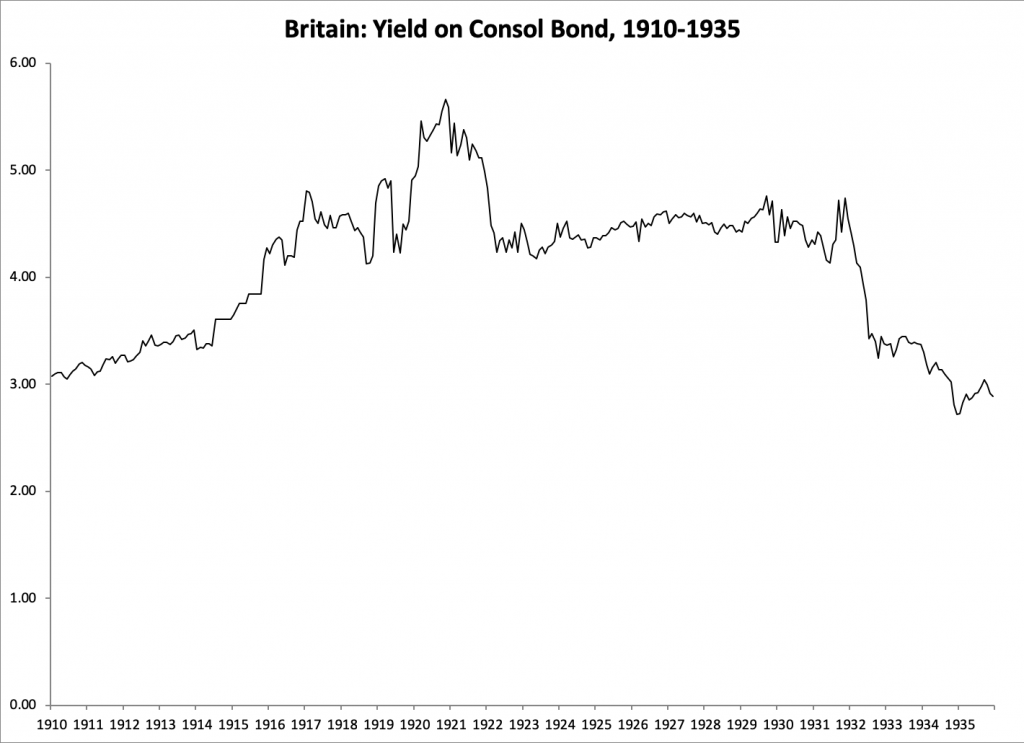 But, the main critics of the move — especially John Maynard Keynes — were not really proposing that. Keynes wanted a floating currency, that could be used as a means of macroeconomic manipulation. This was the topic of his 1923 book A Tract on Monetary Reform, which included the famous passage:

Those who advocate a return to a gold standard do not always appreciate along what different lines our actual practice has been drifting … In truth, the gold standard is already a barbarous relic. All of us, from the Governor of the Bank of England downwards, are now primarily interested in preserving the stability of business, prices, and employment, and are not likely, when the choice is forced on us, deliberately to sacrifice these to the outworn dogma, which had its value once, of £3:17:10½ per ounce. Advocates of the ancient standard do not observe how remote it now is from the spirit and the requirements of the age.

I think that will be all for this week.