Currencies are Causes, not Effects

Of all the things that can cause economic problems, currency instability is one of the biggest, and also most obvious. Compared to tax policy, or regulation, or credit conditions, all of which may take serious work to figure out, currencies are a cinch. You just look at the exchange rate, compared to gold and other currencies.

Today, many people are still debating the causes of the collapse of the Soviet Union. Whatever one’s list may contain, somewhere in the top three or so must be currency instability. I described this in some length in my book. When currencies collapse, economies collapse, and often soon after, governments collapse.

Today, we are starting to see some currency issues, particularly in Iceland and Eastern Europe. That this has caused problems should be very obvious.

The problem seems to stem from the idea that currencies are effects rather than causes. Like the stock market. We understand that if the stock market declines by a large amount, as it did in the early 1930s for example, this could be illustrative of underlying economic problems, and corporate difficulties, and not necessarily a problem with the stock market. Generally, the decline of a stock market by itself is not so much of a problem.

However, currencies are always causes first and foremost. There is no ultimate reason for a currency to change value except negligence and incompetence among the managers of the currency. We could liken it to driving a car. If you don’t have your hands on the steering wheel, then probably something bad is going to happen eventually. The car could be blown by the wind, or buffeted by a passing vehicle, or the road could curve. If you ask why the car ran off the road, the answer, in all cases, is very simple. The driver didn’t have his hands on the wheel, actively adjusting to the prevailing conditions. A properly managed currency, whether a gold standard or some sort of currency link like a currency board, has this self-adjusting component inherent to its design. Even in the case of floating currencies, if there is some outcome that is undesirable, it must be because the floating currency manager did not adjust adequately or appropriately to the prevailing conditions.

The traditional solution to a currency problem has been to find out who is responsible (the currency manager), and hang him. Afterwards, the new currency managers would correct the problem, and return the system to its proper function, typically a gold standard. A gold/silver standard is mandated by the U.S. Constitution, and the penalty of deviating from this ideal was, actually, death.

Today’s currency managers have had their hands off the wheel for so long that people forget how the process is supposed to work. In the case of Iceland, we could say “the car ran off the road because of the wind,” while another would say “no, it was because of the bend in the road.” Prevailing conditions are always changing, which is to say, there are always wind and bends. It seems like the currency change was the effect of the wind or a bend, one or the other, or maybe something else. It’s confusing. The result is a weird sort of fatalism. But then, I suppose that if a car was being driven by someone from a foreign culture with no experience with cars, like a native from the depths of the forests of Papua New Guinea, to them it might seem like random fate. They sit in the driver’s seat, imitating what they believe to be the correct method, and push this and turn that and — the results are unpredictable but often disastrous. Gaaaah!

Then, when a currency does have some sort of disaster, like the collapse of Iceland’s krona, the results of this disaster are typically assigned to some other factor. “It was because of the high foreign currency exposure of Iceland’s banks,” or something like that. You could make up a hundred hypotheses. So, everyone stands around bewildered, like a bunch of Papua New Guinean natives around a car wreck. They understand that something bad has happened … but what exactly? Hardly anyone says: “the effects resulting from the decline in the currency were caused by the decline in the currency.” In other words, the car crash was caused by the fact that the car ran off the road.

And then you get to hanging those responsible.

Probably most readers of this site already find this achingly obvious. But, I think there are some who might have an “aha!” moment. Note that half of all the banks in the United States went bankrupt in 1929-1932, but the currency remained pegged to gold. Britain fought World War II with a gold standard (admittedly a bit sloppy but it worked). Even the losers, such as Germany in World War I and Japan in World War II, did not suffer dramatic currency decline (their values fell by about 50% in both instances). Consider that Iceland, upon which not a single bomb was dropped, has suffered a bigger currency disaster than Japan in World War II. China’s disastrous “Great Leap Forward” (1957-1959), in which as many of 20-30 million may have died of starvation, did not result in a currency problem. People had their hands on the wheel in those days, even during times of extreme turmoil.

“I like his conclusion that no cars = hot asian women”

It’s nice to see that someone got the point. I honestly tried to find more pictures of European no-car environments with hot European women. The fashion magazines are full of them. You wouldn’t think it would be so hard. But, no luck.

If you have some, send them in. (They have to be a good representation of a no-car environment.) 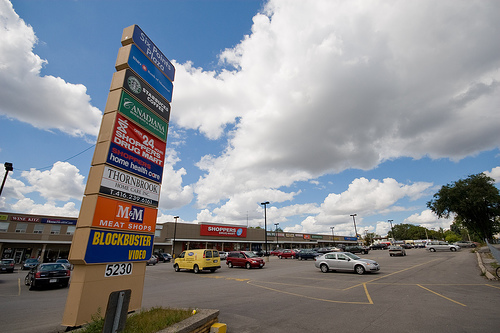 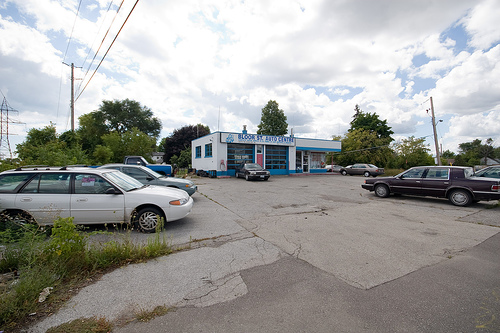 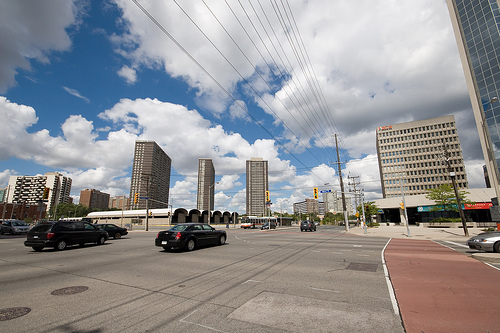 If you spend your life in a place like this … 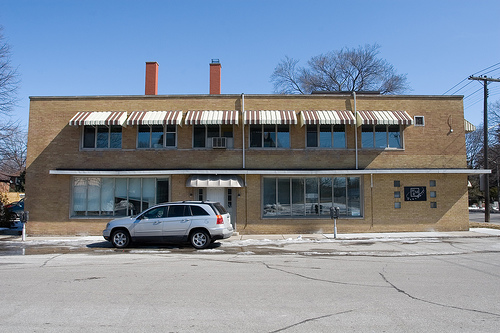 it can grind you down so far that … 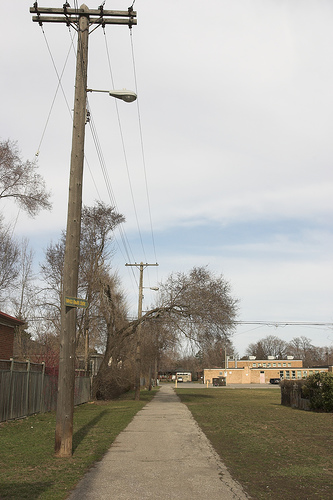 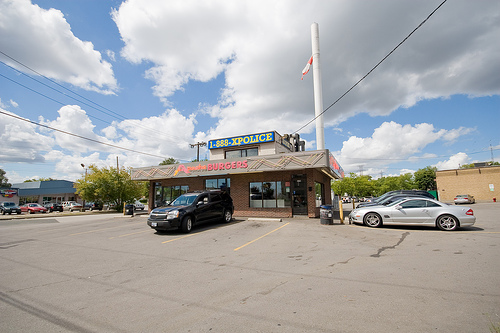 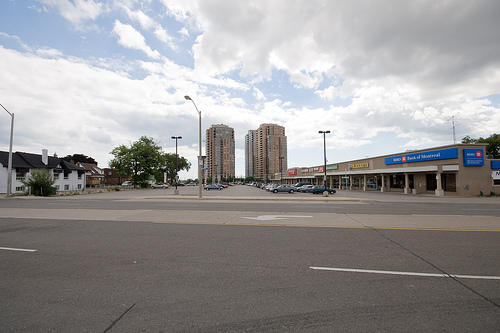 Could that be you? 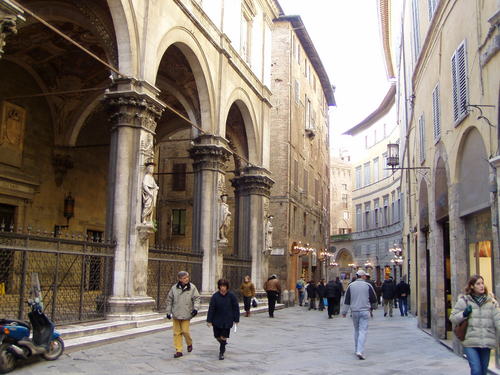 We could do things a different way. (Siena, Italy)

If we wanted to. 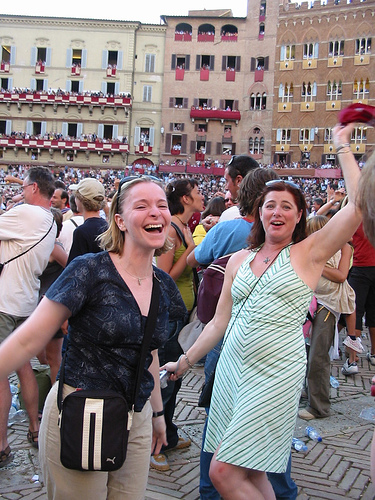 “We finally escaped that suburban cesspit — for a week!

Better than a boob job!

Chicks in advertising: This one about says it all. 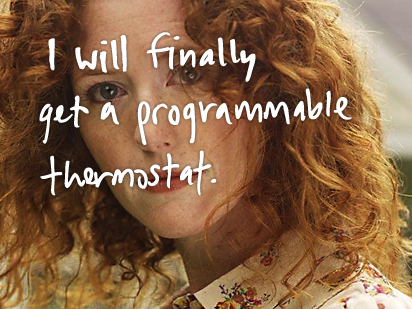 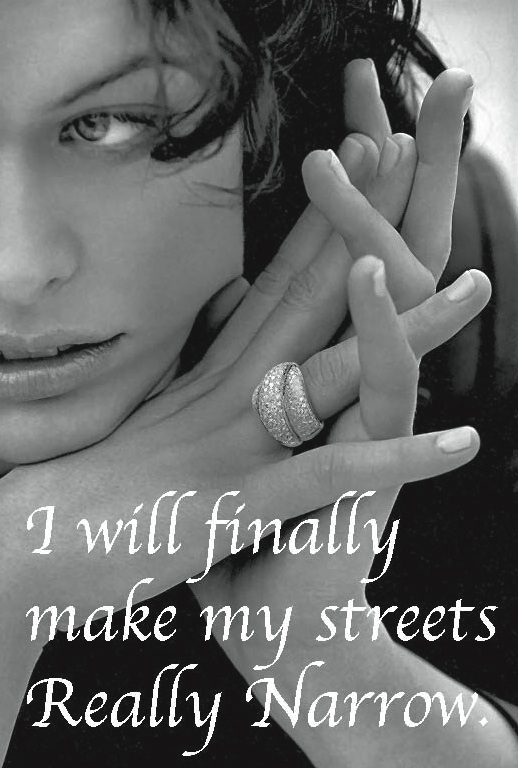