We continue with last week’s project, which was to provide a visual reference to help understand the currency turmoil of the 1930s.

The fact that governments reached for currency devaluation, in the midst of economic problems they didn’t understand, is not very surprising. Governments have been doing this for thousands of years. The Keynesians argue that, essentially, countries should have devalued their currencies. Alas for the Keynesians, they did, mostly at the relatively early date of 1931, and the Great Depression dragged on for another ten years anyway. I would argue that the Great Depression actually extended to 1949, but that is a topic for another day.

We know that this currency devaluation strategy was very successful, because … for the most part, governments did not repeat it. Although there were some laggards, notably France in 1936, this was primarily to bring foreign exchange rates back in line to their pre-1931 parities, to reduce the “beggar thy neighbor” trade effects. In 1944, governments agreed that they would give up the currency experiments of the 1930s and go back to a worldwide gold standard system, much like what existed in the 1920s.

Colombia devalued in 1933-34, along with the United States. 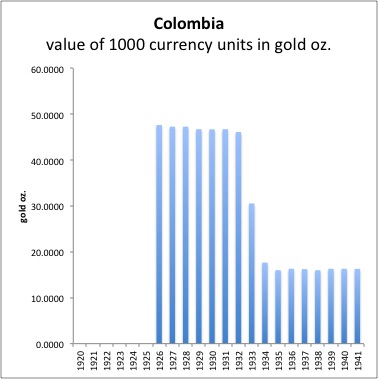 Czechoslovakia had a small devaluation in 1933, along with the United States, and then some deterioration afterwards. 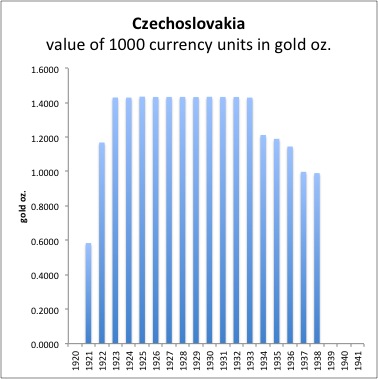 Denmark devalued in 1931, along with Britain. 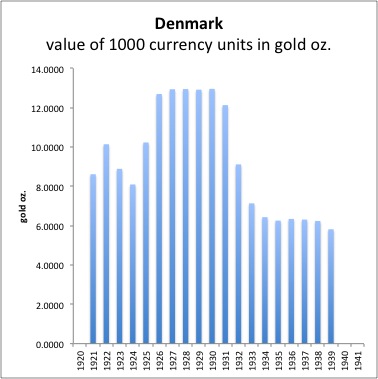 Egypt devalued in 1931, along with Britain. 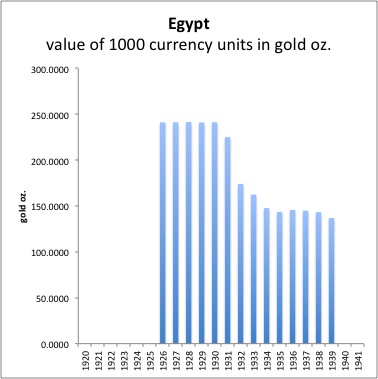 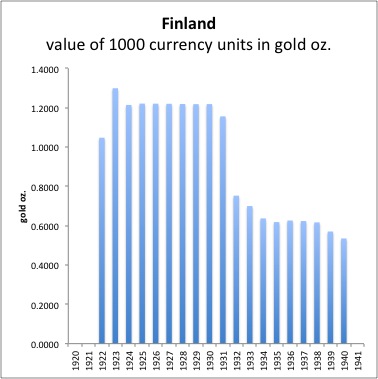 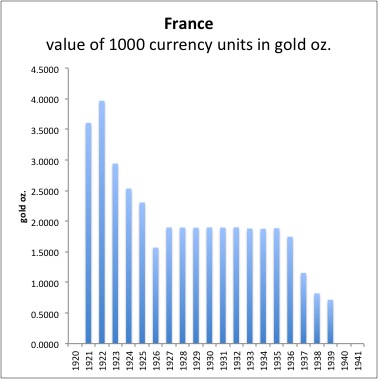 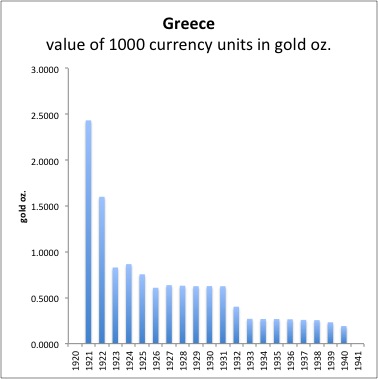 Hong Kong was probably on a silver-based system along with the rest of China at this time. 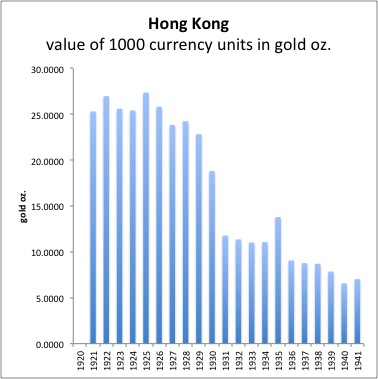 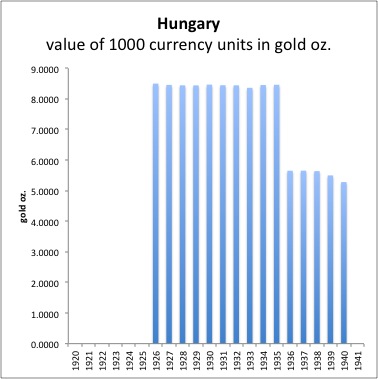 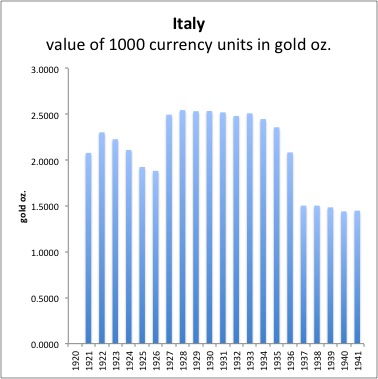 Japan had a modestly floating currency during the 1920s. In 1930, it was repegged to gold. This involved a small upward revaluation of the yen, but as you can see it was quite minor. No particular ill effects would be expected from such a small adjustment, especially when offset by the benefits of a gold standard currency. Japan devalued in December 1931, essentially following Britain’s example. 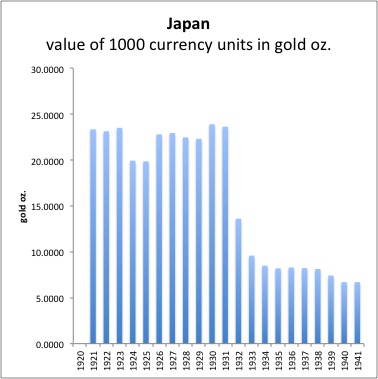 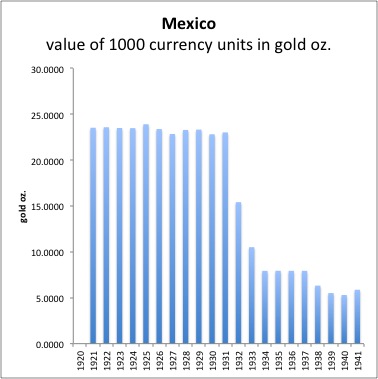 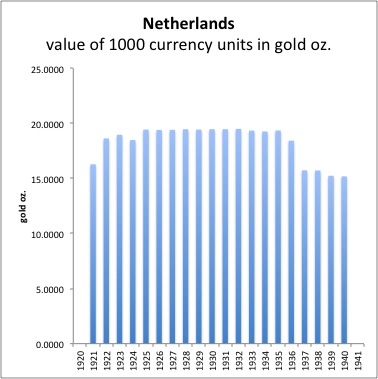 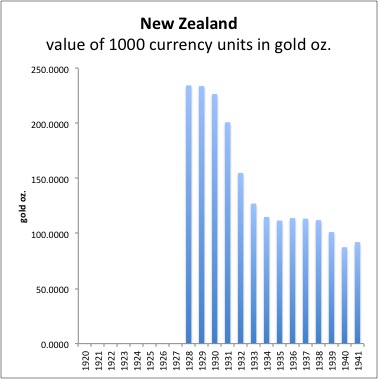 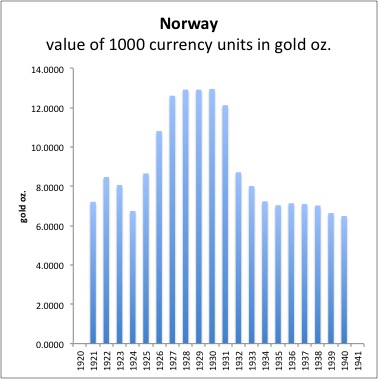 After repegging to gold in 1925, Poland remained at that parity throughout the 1930s. 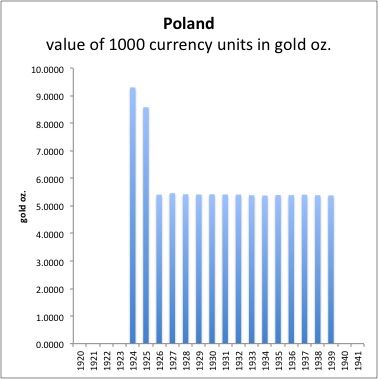 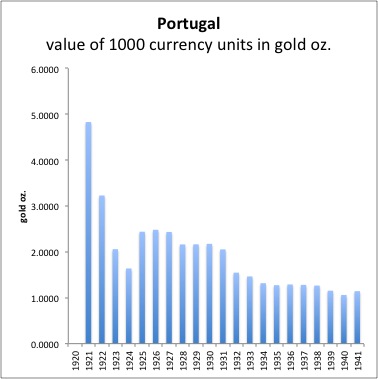 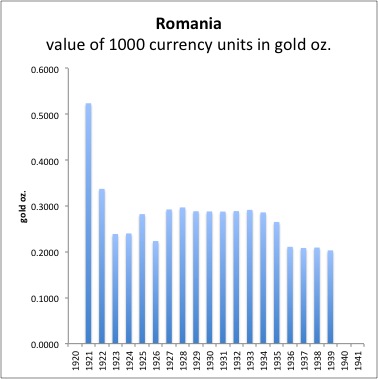 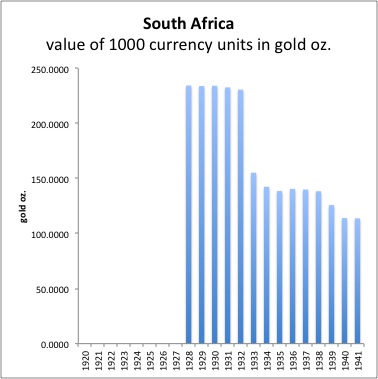 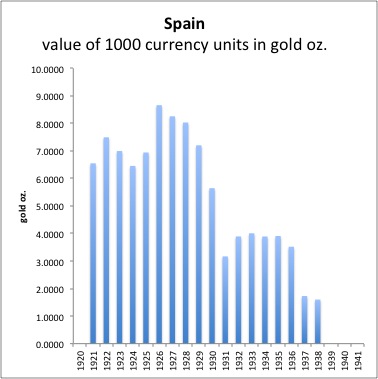 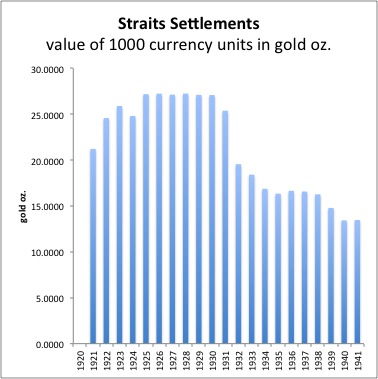 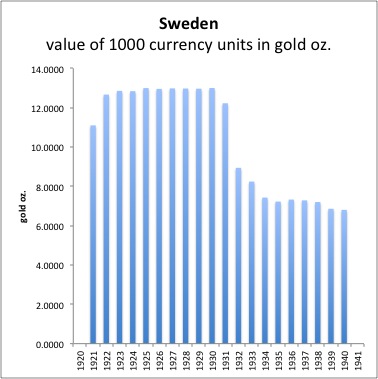 Switzerland devalued in 1936, along with France. 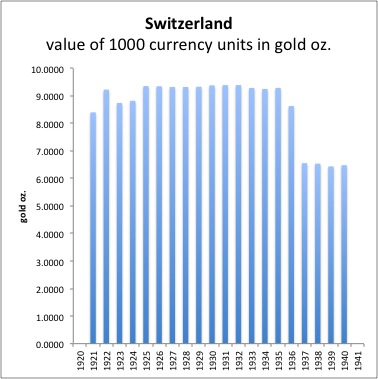 Turkey remained on a gold standard system at the 1930 parity. 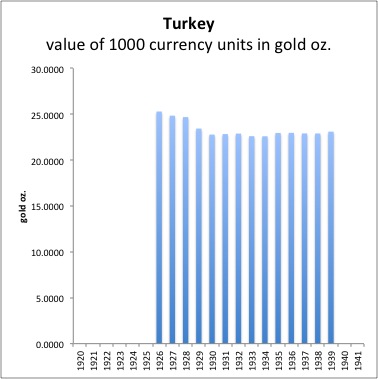 Britain devalued in September 1931. Because the British Pound was the premier international currency of that time, many other countries followed alongside, which kept their exchange rates with the pound stable. Unlike the U.S. example, the pound was not repegged to gold at the devalued rate, but floated gently for a few years. By the latter 1930s, enthusiasm for funny money had worn off, however, and Britain eased into a loose gold standard system again, mostly following the U.S.’s lead here. 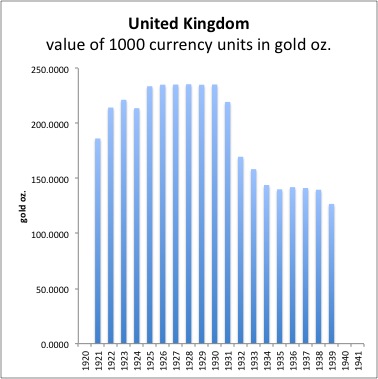 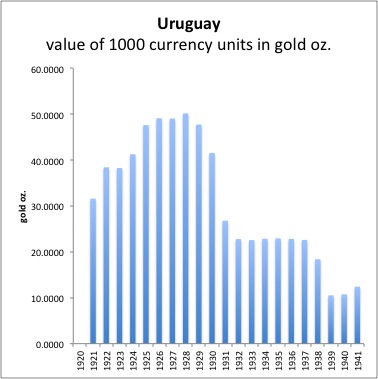 The dollar was devalued in 1933, steadily throughout the year, and repegged to gold at $35/oz. at the beginning of 1934. 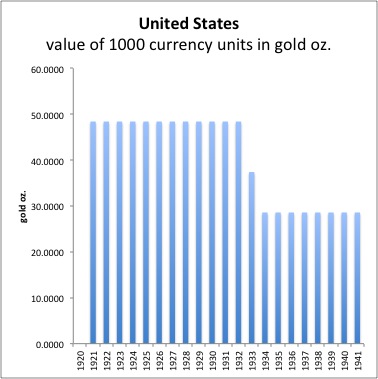 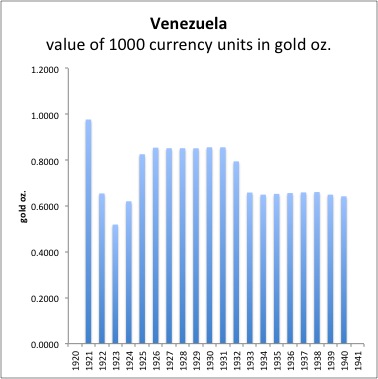