You often hear that the gold standard system of the late-19th century “kept the balance of payments in balance,” and that flows of gold offset “balance of payments imbalances.” Some people talk about a “price-specie-flow” mechanism along these lines.

Actually, the gold standard system of the time allowed greater capital flows, which are known as a “balance of payments imbalance” for some reason. It was a great time of globalization, which was not matched until the 1980s. None of this had anything to do with flows of gold. Flows of gold are easy to understand, because it is just like flows of anything else — it goes from where it is in relative surplus (countries with mines, for example), and people have more than they want, and wish to trade it for something else, to places of relative shortage (countries without mines), where people want more than they have, and are willing to trade something else for it. No different than copper or iPhones really.

I looked at this in the past:

However, today I am using a rather nice dataset from the NBER, available here: 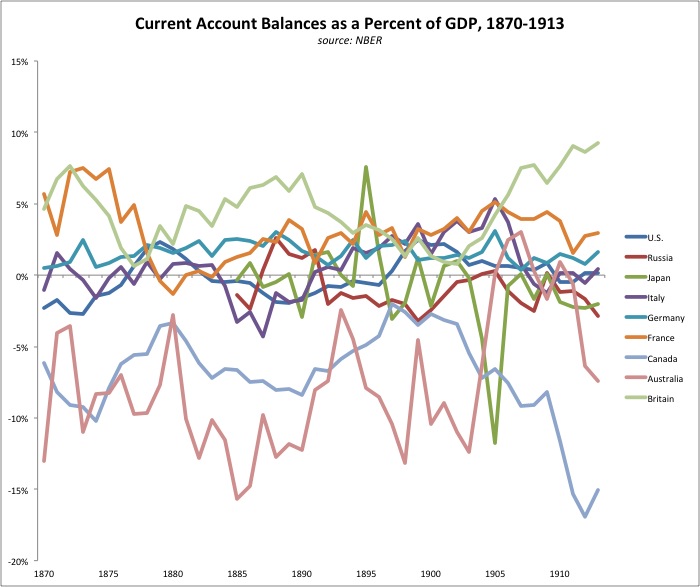 Obviously, the “balance of payments imbalances” of the time were actually quite large! Canada and Australia, for example, had current account deficits of over 10% of GDP at times. Britain was, of course, the capital exporting champion of the time, with current account surpluses (overseas capital flows) often in excess of 5% of GDP. 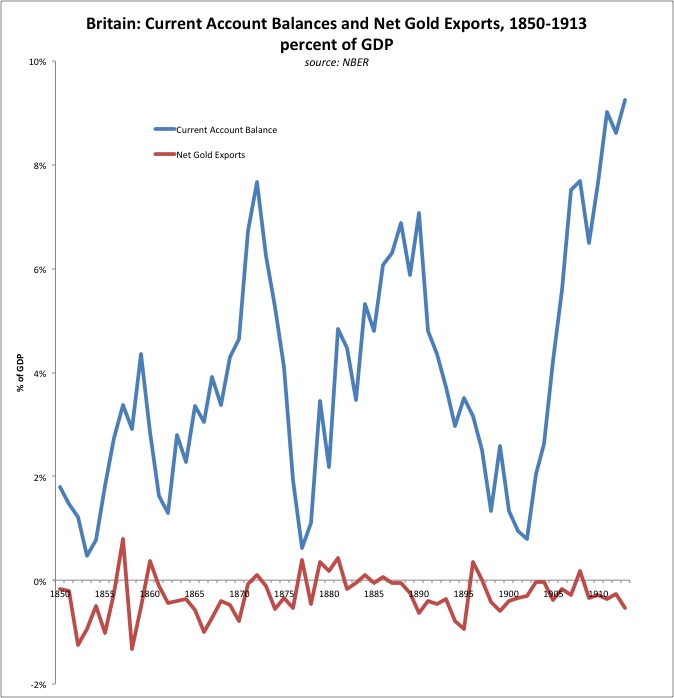 As we can see, current account balances had nothing to do with gold flows. Britain was, on average, a modest gold importer, as one would expect for a country without gold mines. 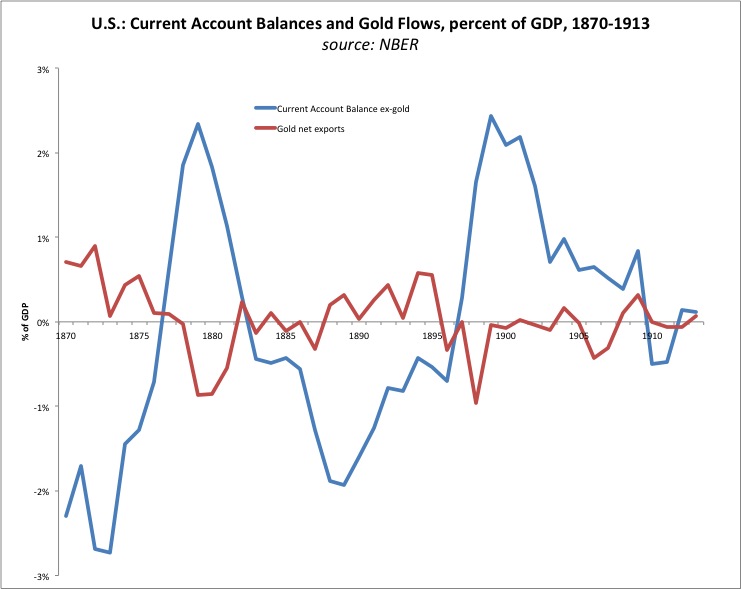 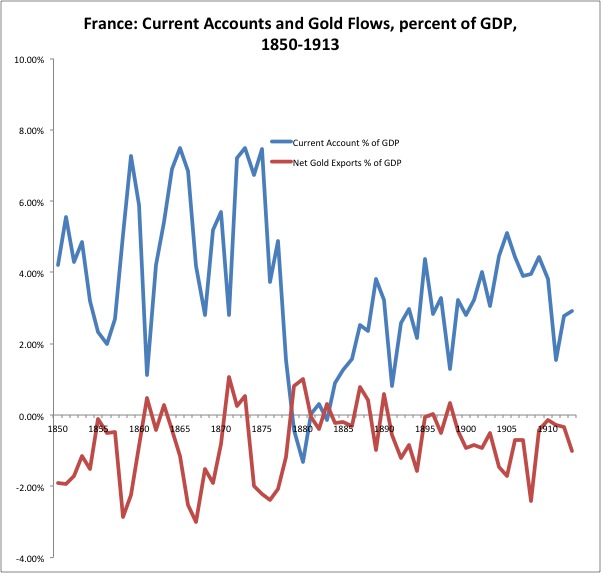 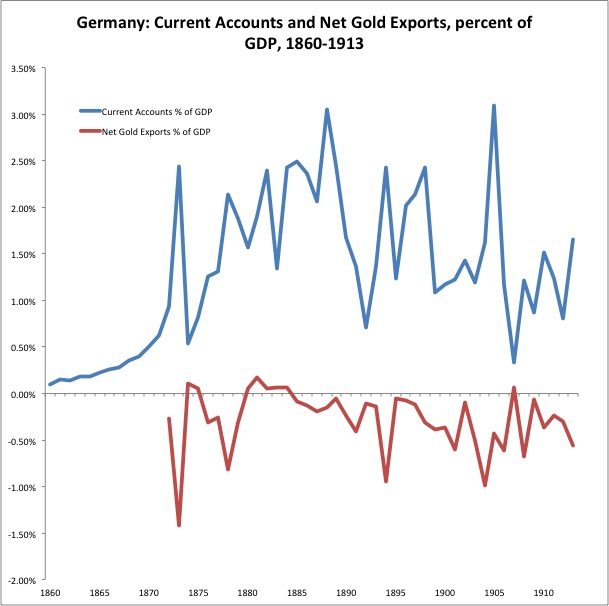 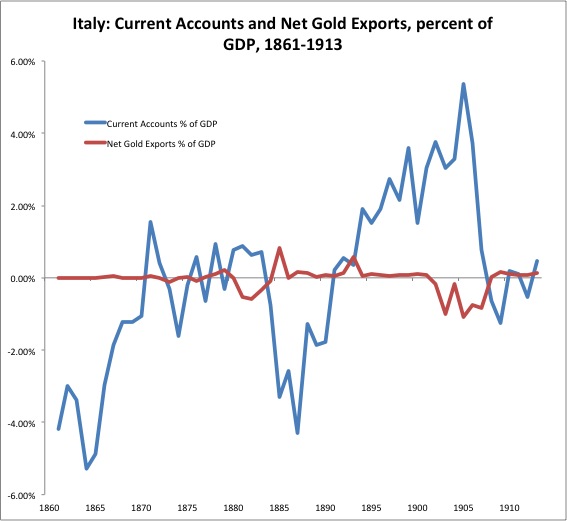 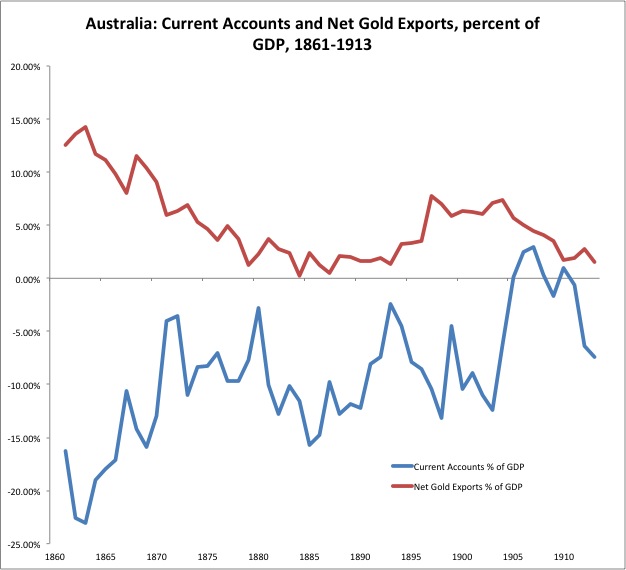 Australia has a little different story, because of course it has a big gold mining industry (relative to GDP). Thus, it was a gold exporter. Australia also ran a big “current account deficit” (capital imports), because all those mines took capital to build. The capital came from Europe — probably mostly from Britain.