Many currencies were linked to gold during the Classical Gold Standard era, 1850-1914. But, not all of them. Here is a record of some currencies that had periods of floating, often interspersed with periods when they were fixed to gold. You will notice that there is a strong Southern Europe/Latin America theme here. Much of the data comes from the Jorda-Schularick-Taylor Macrohistory Database, which is here:

More is available at the Historical Financial Statistics collection, here:

This first chart shows exchange rates compared with British pounds, which were of course linked to gold: 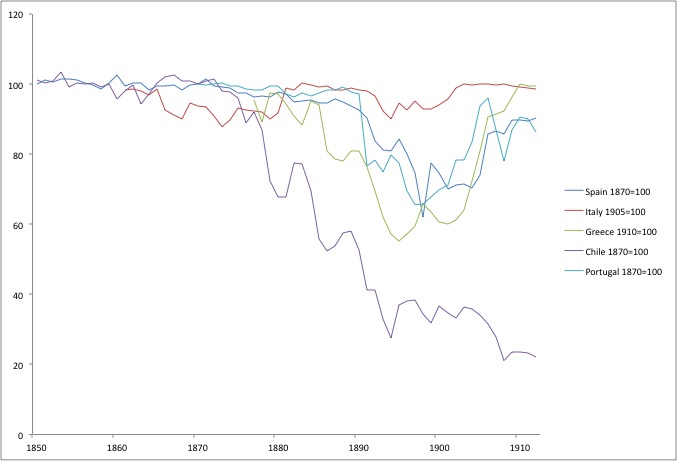 Here are more. This time, values are represented as French francs per currency unit. The franc was reliably linked to gold at the time. 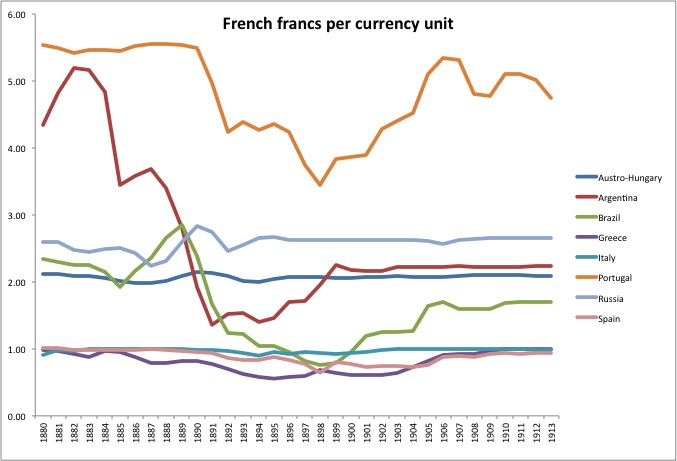 I think I will do a bit of a series on the Classical Gold Standard era this year. I think there is a lot of value from just looking at data, especially in graphs. Don’t take someone’s word for it. Just look for yourself.

Here are some interesting monthly datasets: 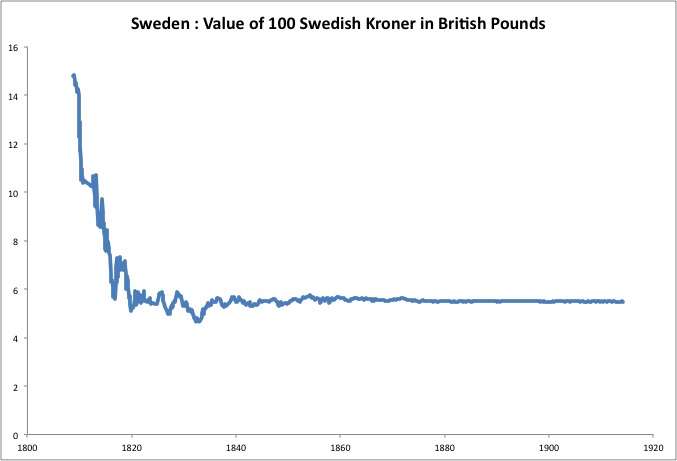 Sweden has a long history of paper money dating to the mid-seventeenth century. However, these paper monies were mostly rather unreliable. It was not until 1840 or so that Sweden had reliably gold-linked paper money. Note that the British pound itself was a floating currency from 1797 to 1821. 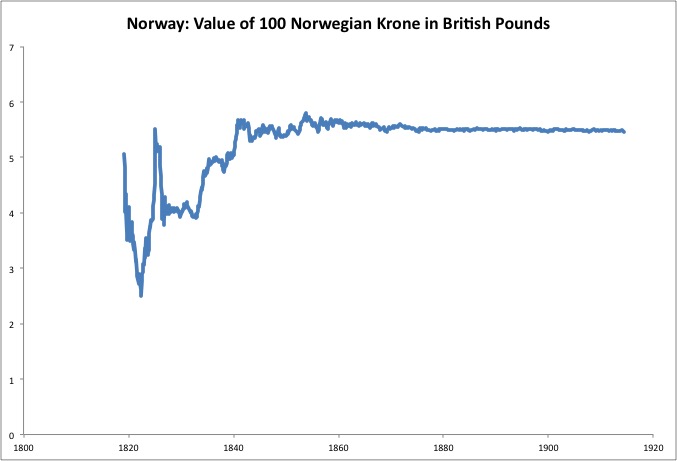 Apparently, a similar story for Norway. 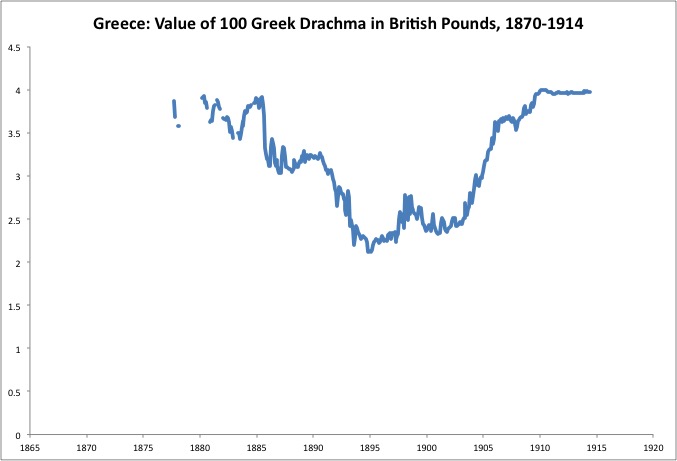 A period of floating for the Greek drachma. 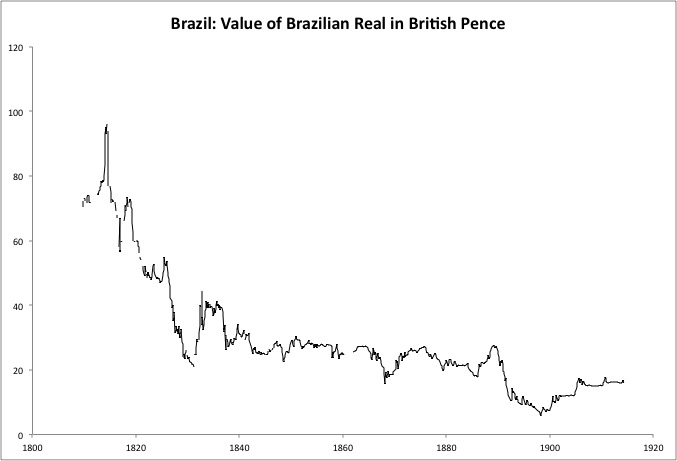 Brazil … same as it ever was.