Today, we continue our investigation of currency history in the 1914-1941 period. 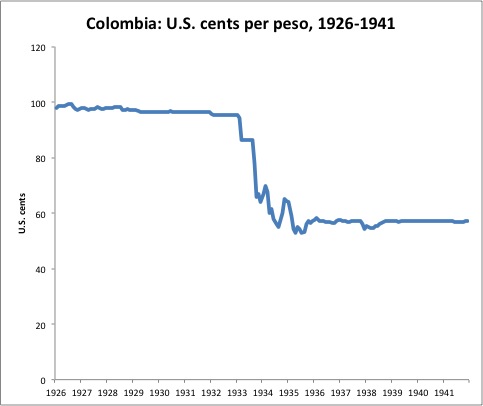 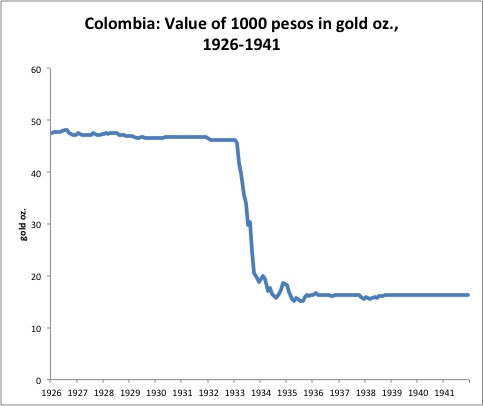 As befits a Latin American country within the U.S. sphere of influence, Colombia’s history mirrors that of the U.S. dollar. However, when the U.S. devalued in 1933, Colombia concurrently devalued even farther. 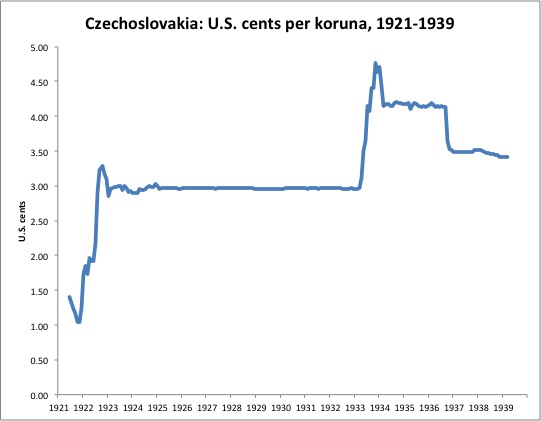 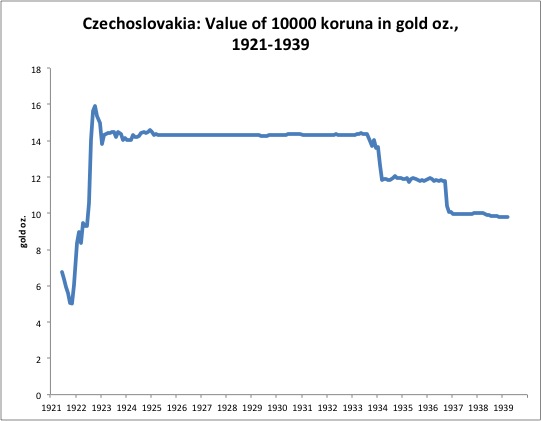 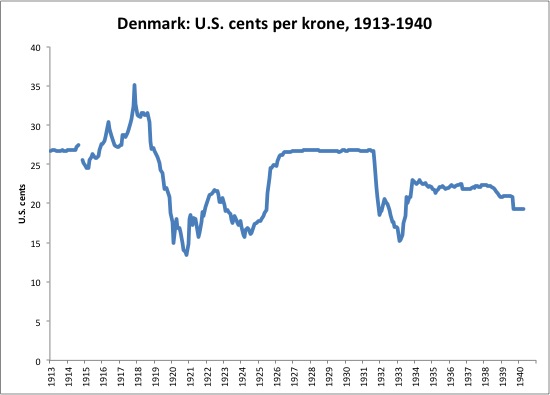 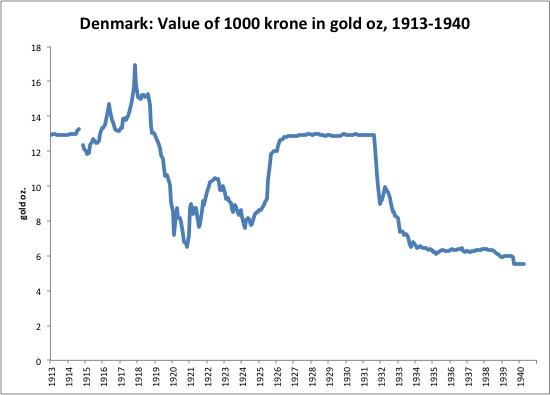 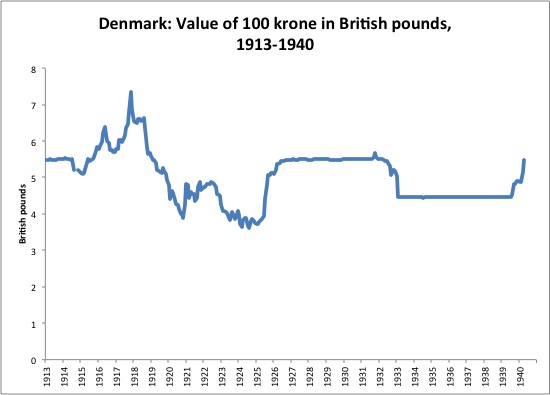 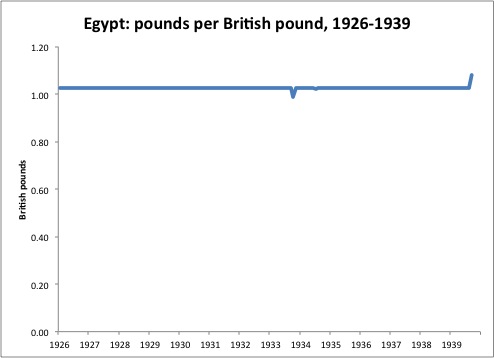 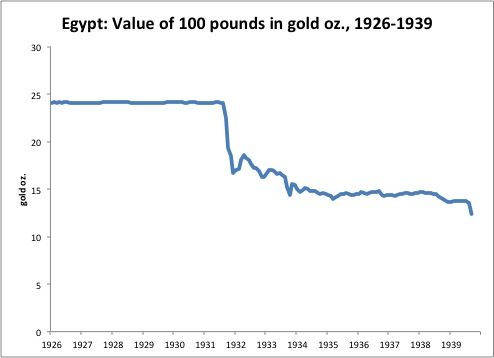 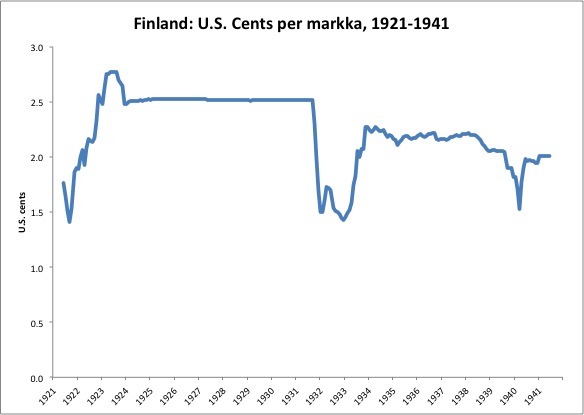 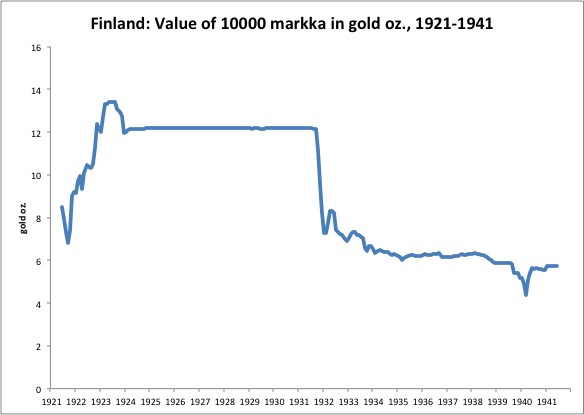 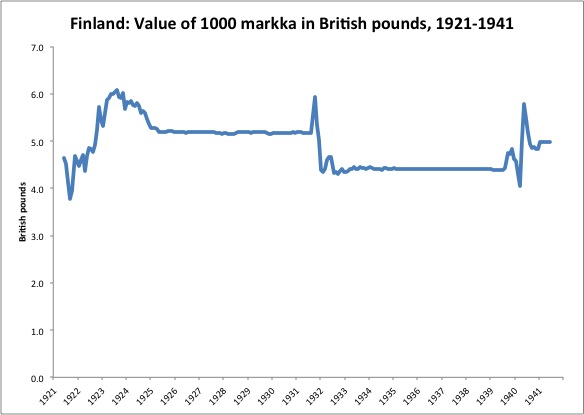 Finland followed Britain’s lead. The markka floated vs. the British pound in the early 1920s, but Britain’s return to gold in 1925 apparently inspired Finland to do the same. Britain’s devaluation in 1931 was followed almost immediately afterwards by a devaluation in Finland, of slightly greater magnitude than the British devaluation. Afterwards, the markka was pegged to the British pound, which meant that it was a floating currency vs. gold. Britain’s devaluation in 1940 apparently led to a bit of indecisiveness with Finland, which eventually decided to stick to gold (or the U.S. dollar) instead. Finland was invaded by the Soviet Union in 1939, but fought off this invasion. This prompted an alliance with Germany. Germany’s invasion of Russia in 1941 prompted Russia to invade Finland soon afterwards.

As before, I find this strangely satisfying. I get a sense of the turmoil and chaos of that time period.