We’ve been looking at some history of the gold holdings of central banks and governments.

Today, we are going to put this data in a little more context. I’ve reviewed this before, but this is a nice way to round out this series.

The source for most of our data today comes from “Central Bank Gold Reserves: An historical perspective since 1845,” World Gold Council Research Study No. 23, by Timothy Green, 1999.

You can get the paper by clicking here. 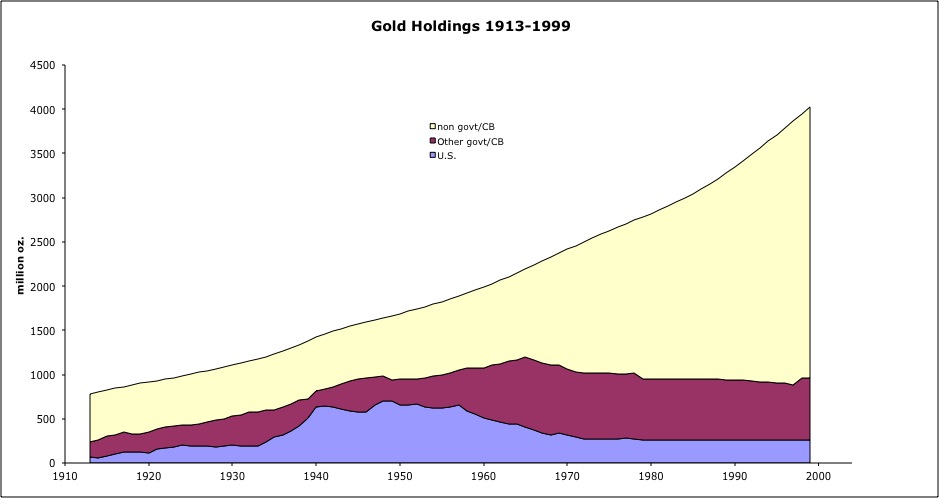 Here’s a look at the holdings of central banks and governments, compared to the estimated total aboveground world gold supply. In general, there was a trend toward central bank/government accumulation of bullion up to about 1950. It went up a little more afterwards, but not really keeping pace with gold production from mines. After 1965 or so, government gold holdings generally declined. Today, they make up a much smaller percentage of total aboveground gold than they did in the past. 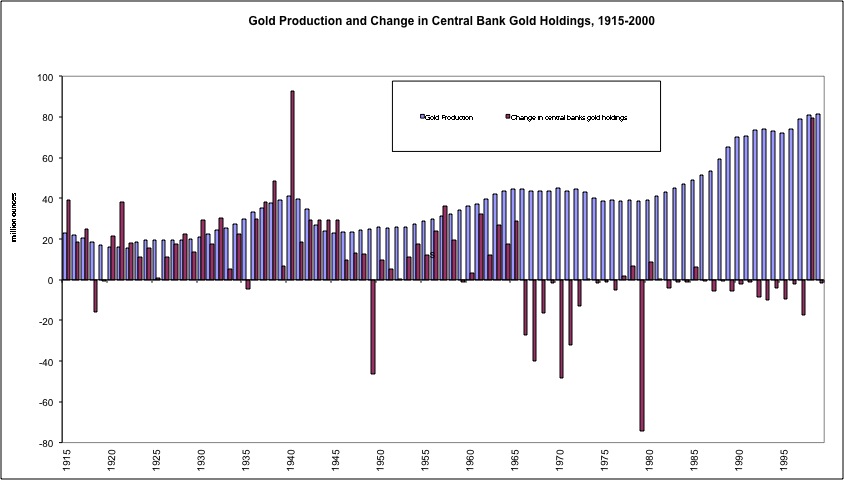 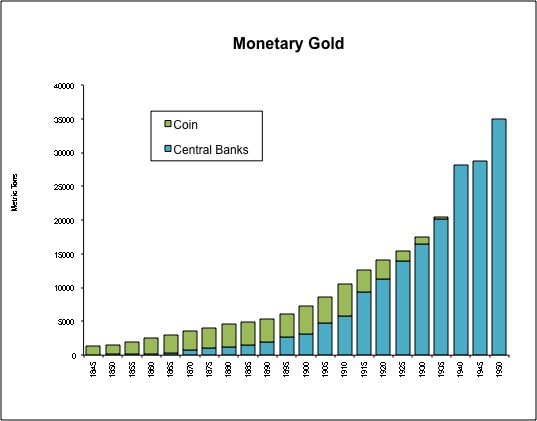 Here’s some similar data, here in five-year intervals. Central banks gradually accumulated gold in the pre-1914 era — that was when central banks were generally established, following the pattern of the Bank of England, around the world. Gold coins gradually fell out of favor, exchanged for more convenient banknotes with central banks. Note that gold coins didn’t really make a revival even in the turmoil of WWI, the Great Depression, and WWII. You might think that people would want to hoard gold coins in a coffee can, in those conditions, but actually they didn’t. 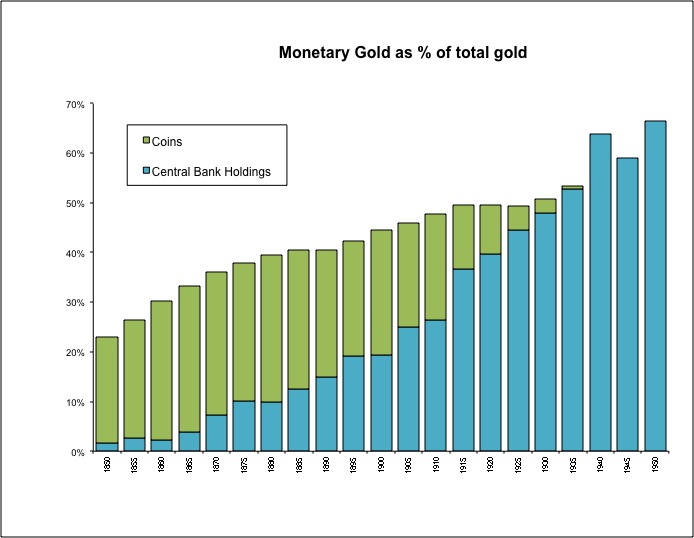 There are a lot of hypotheses out there that WWI, the supposed “gold exchange standard” of the 1920s, the Great Depression, and WWII led to major accumulation or disaccumulation of gold bullion for various reasons, which might have some consequences if it in fact occurred. These are reasonable hypotheses, but alas, ones that are not supported by historical fact. So, they should be abandoned.