With the long-awaited kickoff of the ECB’s “quantitative easing” program, I thought it was a good time to see what the ECB’s balance sheet looks like.

The data is available here:

We looked at the ECB and Fed earlier: 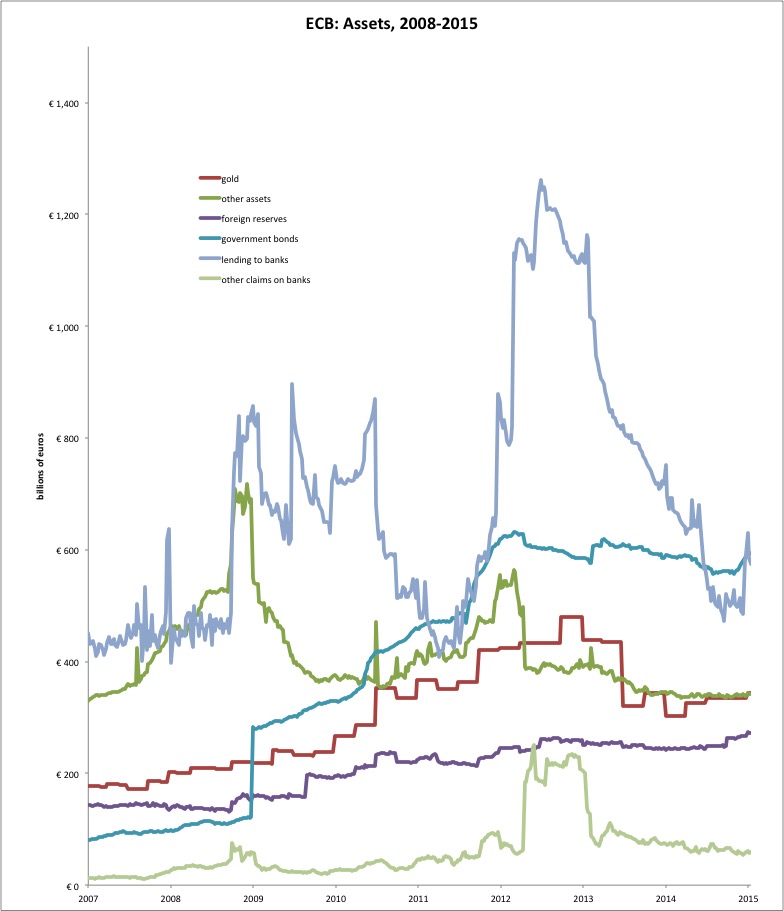 What do we see here? There has been an extended drawdown of “lending to banks,” which is the unwind of the “long-term refinancing operations” of 2012. 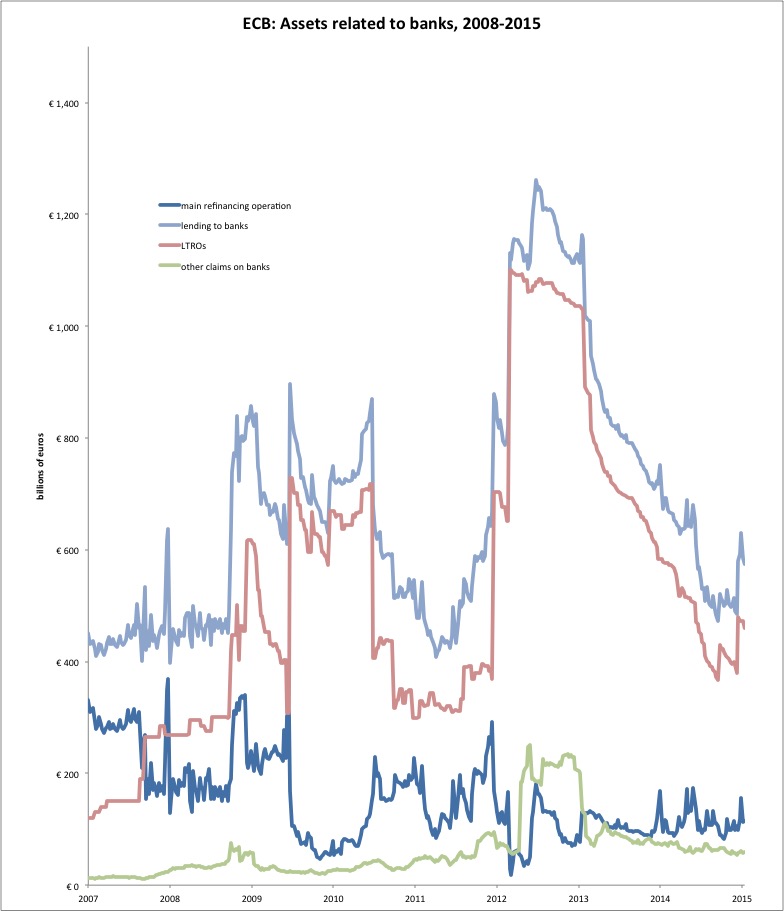 Bank lending has actually made a blip higher, interestingly enough. The LTRO has been replaced by the “TLTRO,” which is basically the same thing with a different acronym. So, this could conceivably expand more in the future. 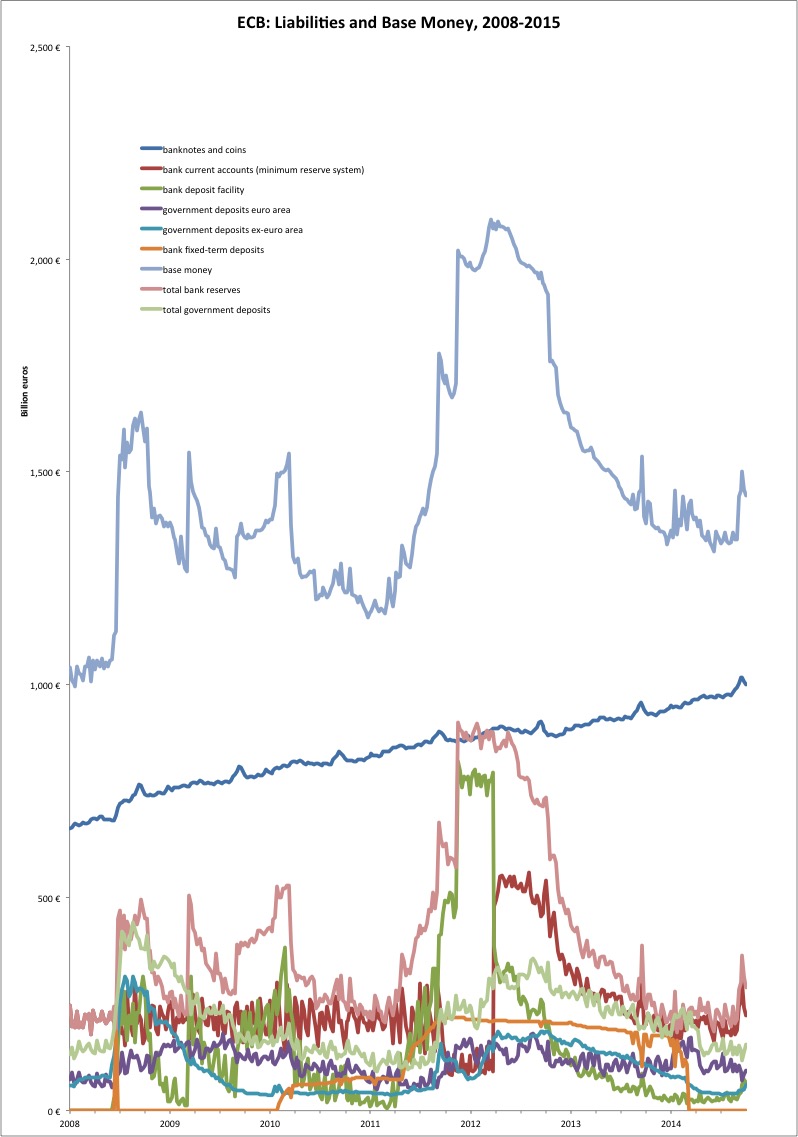 Base money has contracted along with lending to banks. Thus, total bank reserves are rather low these days. European banks have a lot of reserves held at the Fed instead of the ECB. As the ECB pursues its QE at a rate of 60 billion euros per month or 720 billion euros per year, base money and bank reserves will expand again. It will be interesting to see how that works out, in terms of banks’ holdings of reserves, particularly at the Fed.