Once a year, we talk about what life could be like without cars. Actually, we talk about this in quite a lot of detail throughout the year, but it is a new idea for many, so they perhaps need something simpler to begin with.

Today, we live in a wasteland that I call “Suburban Hell.” You might not like the fact that I’m calling your neighborhood and lifestyle “hellish” — people with a thirty-year mortgage don’t want to be told that they made a mistake — but a mistake is what it is. I personally grew up in the suburbs of Los Angeles, and lived in some of the nicest suburbs of New Jersey and Connecticut (Montclair and Westport), so don’t give me the “that doesn’t apply to my neighborhood” story. Been there and done that.

Besides being basically unpleasant (at least when you leave the driveway and suburban yard), it is also hideously expensive and laborious to maintain, and terrible for the environment. If we could find a way to make a nicer environment, that is also cheaper and easier to maintain, and also very environmentally-friendly, that would be good, no?

March 14, 2010: The Traditional City: Bringing It All Together

Most people, when they think of living without cars, imagine living in their present Suburban Hell neighborhood with something like a bicycle. Of course this stinks. That’s why you own a car today, instead of just a bicycle. A car costs about $700 a month all-in, and you wouldn’t pay that expense (times two or three for some families) if you didn’t feel it was necessary.

So, the secret to living without cars is to make an environment where cars are not necessary, and are in fact a needless burden. This is quite common throughout the world, today. It was the way everyone lived prior to 1900, before cars (and bicycles) existed.

The solution is what I call the Traditional City. It is a pattern of urbanization that is common throughout the world, in Europe, China, Japan, and even the pre-Columbian Americas. This is because it reflects the natural needs of humans, which are about the same everywhere. Today, this 5000-year-old pattern is improved by a subway and train system, and also motor vehicles mostly for carrying cargo or shared transportation (buses and taxis). So, you don’t have to ban all motor vehicles, although some places do (Venice) with excellent results. I certainly wouldn’t recommend using a horse-drawn wagon instead of a diesel truck. However, these are all commercial vehicles. Nobody needs a personal automobile.

The Traditional City is, first and foremost, a place for people. Almost every part of it is a place that is designed for and dominated by people, not automobiles.

We are all very familiar with the Traditional City. It is such a pleasant and fun Place that many people pay thousands of dollars and get on a plane just to escape their Suburban Hell environment for a week or two, and visit a Traditional City environment. 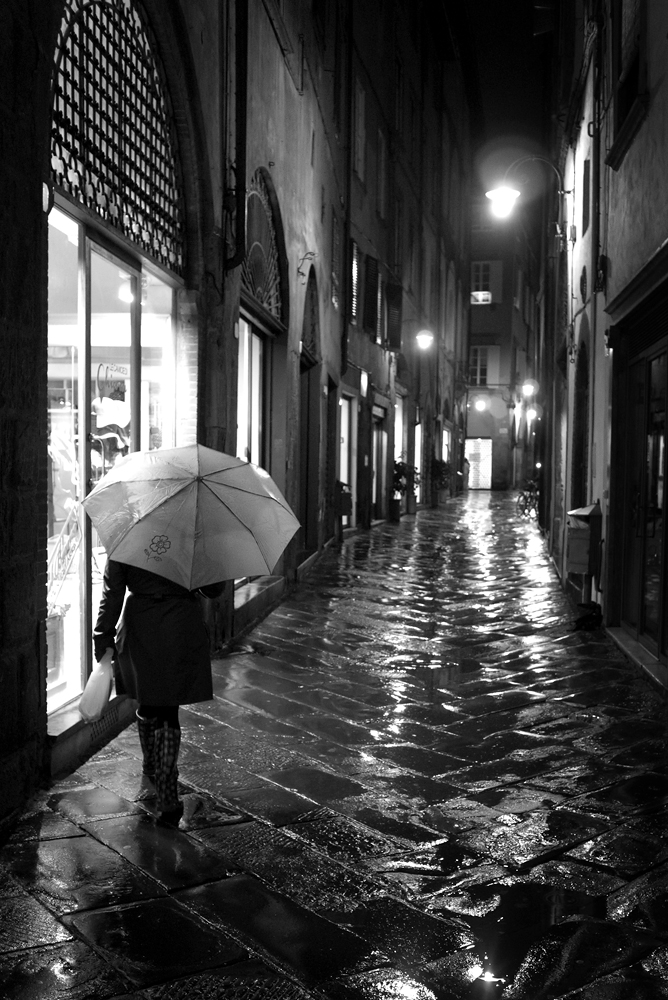 The basic recipe for a Traditional City environment is to make a street that is designed for people. This is much narrower than a street designed for automobiles, so I call it a “Really Narrow Street.” This street in Lucca, Italy is only about fifteen feet wide, from building to building. There is no central automobile roadway or sidewalks, the entire space from edge-to-edge is devoted to people. Motor vehicles do not have to be banned from these streets, and in practice, I am sure that people in Lucca, Italy get their deliveries, trash pickup and so forth from motorized commercial vehicles driving on streets like this. However, most of the time, there is no reason to drive there, because it’s very slow and there’s no parking. It would be faster and easier to walk. So, there’s no traffic. 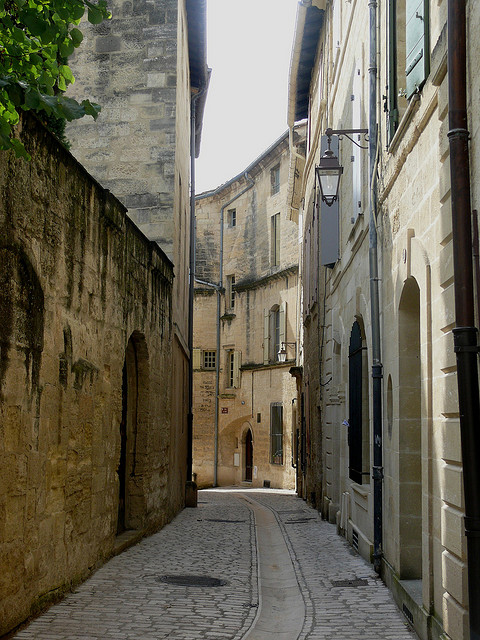 Another characteristic of the Traditional City is that the building height tends to be no higher than about six stories, and the building is flush up against the street with no setback or greenery in front, and also minimal spaces between buildings. You can have private courtyards, backyards, gardens and so forth, and public parks, but there’s no Suburban Hell-style “front yard.” 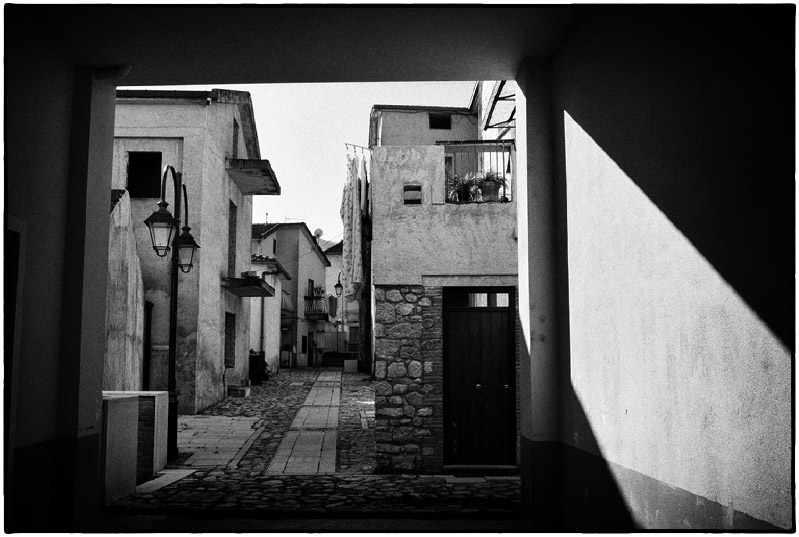 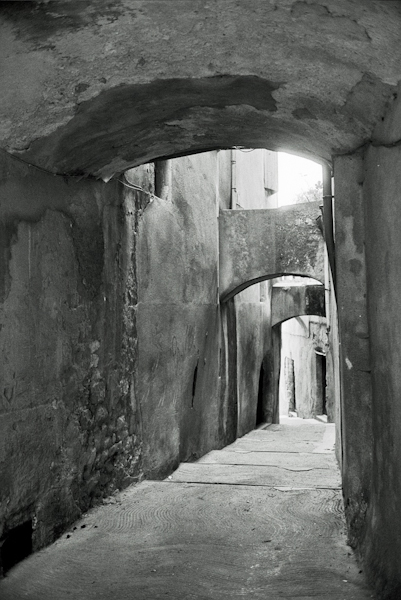 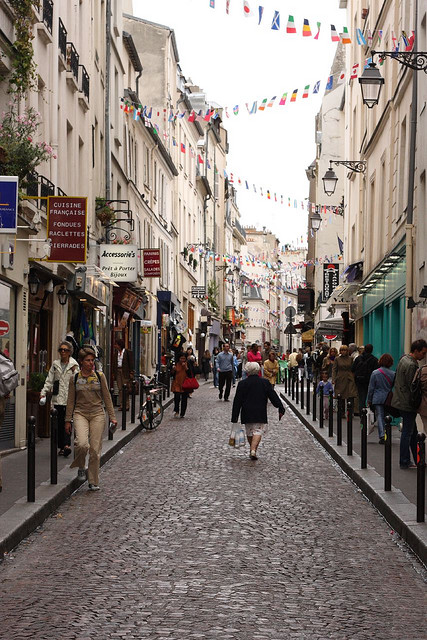 So far, we have looked at some very classic European environments, but you can have the same basic principles with more of a contemporary theme. The result is different, but also excellent. 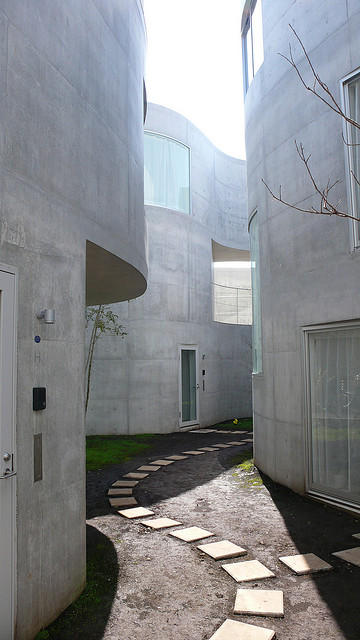 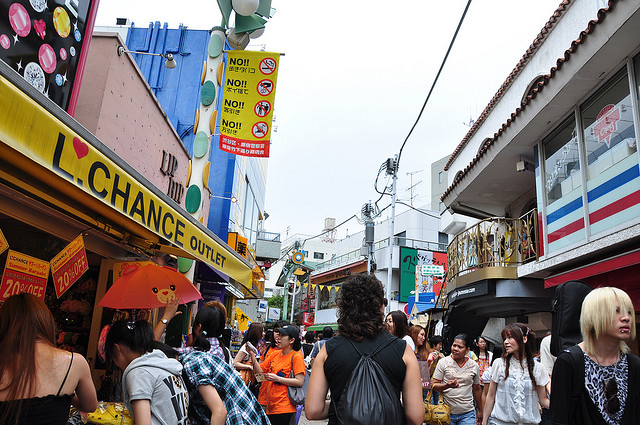 You can see why people want to spend their vacations in places like this. Doesn’t it look like fun?Who would pay good money to visit your Suburban Hell neighborhood on their vacation? Maybe … nobody? 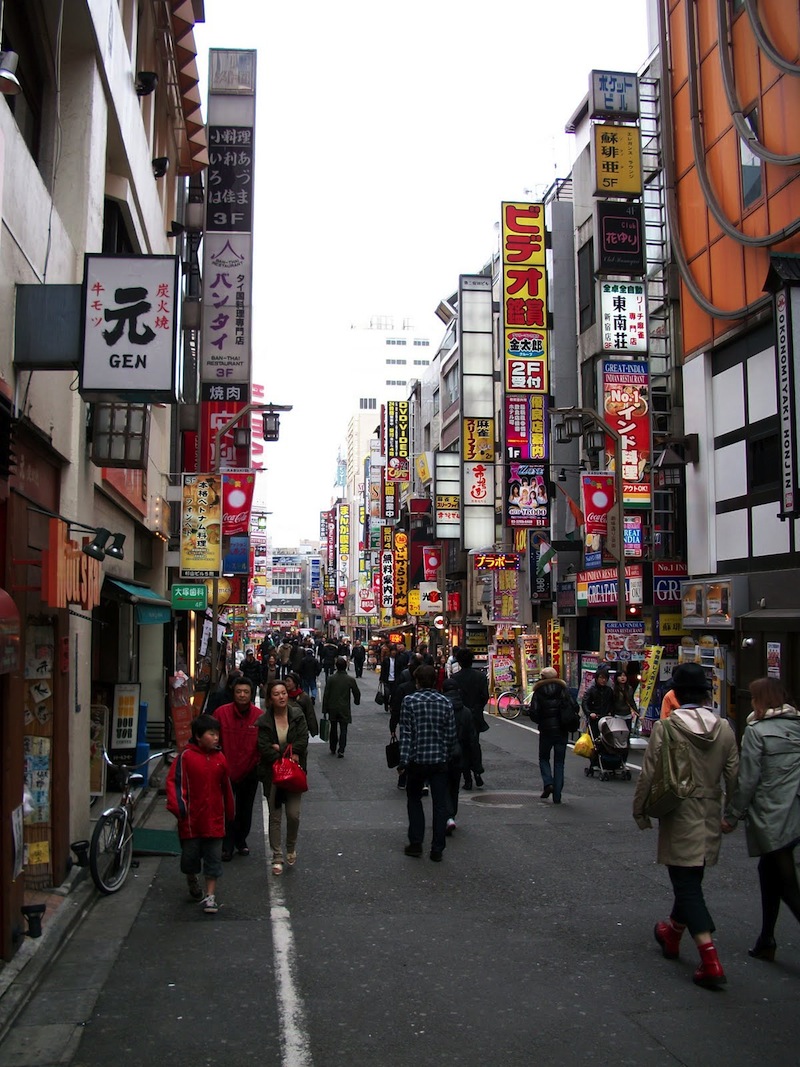 This isn’t a medieval European village. Everything here was built after 1950. But the basic design elements are the same. 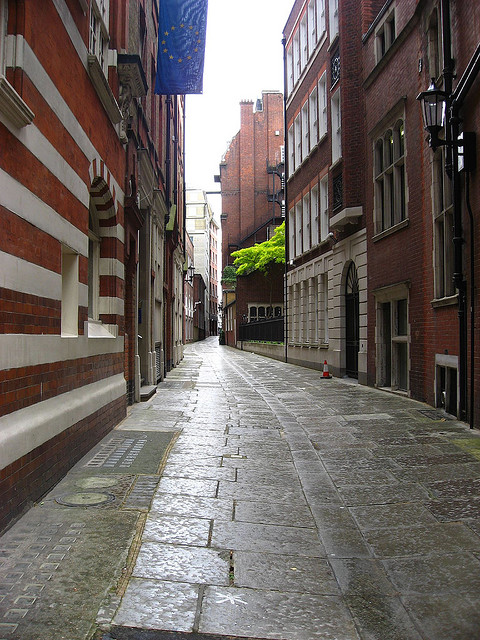 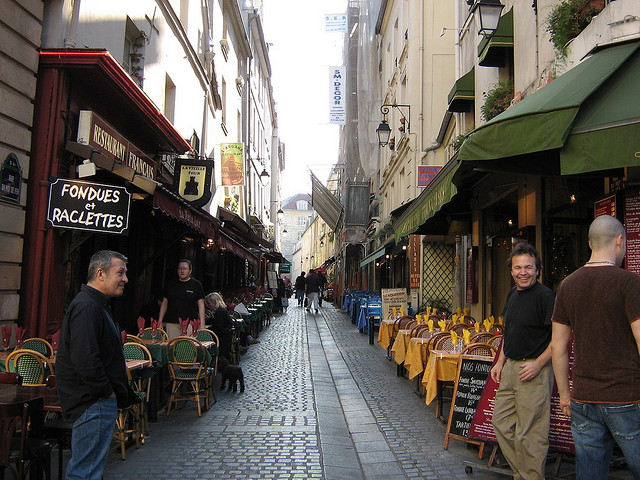 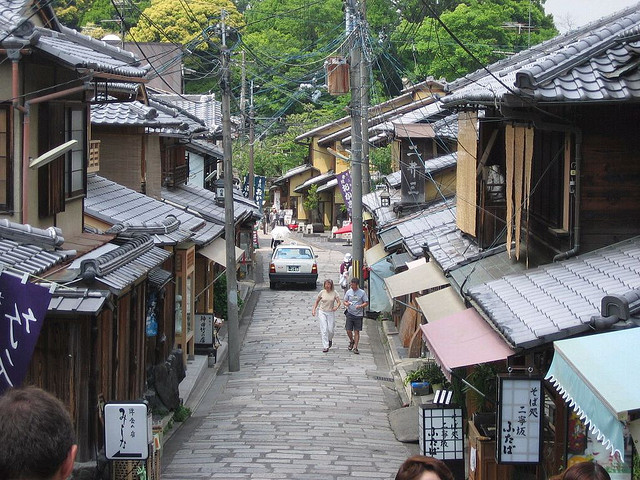 Although these are very different cultures, we see that the basic format is the same. A Really Narrow Street designed for people. Buildings side-by-side and up against the street, with no setback. That’s really all there is to it. With a good train system, you have everything you need for modern living. You can live comfortably, even joyously, without a car. You can see, just from looking at the pictures, that a personal automobile is both unnecessary and, in fact, a burden. That’s why the people who live in places like this generally don’t own automobiles. 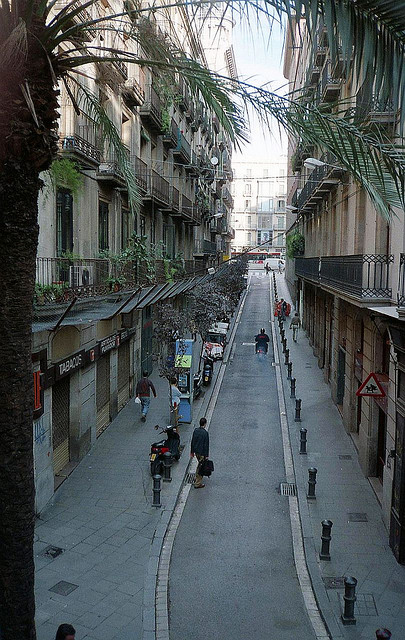 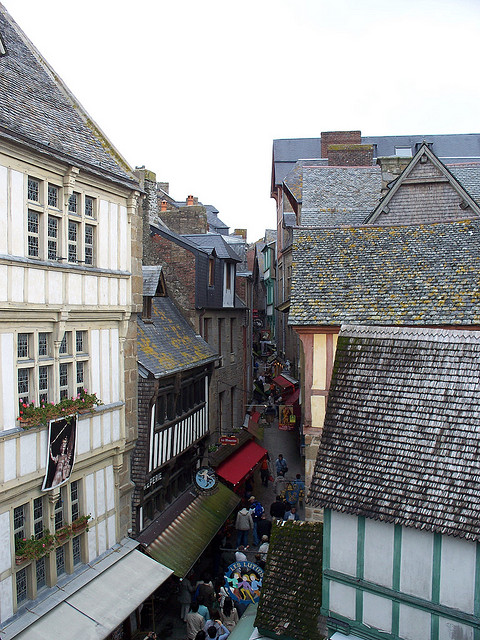 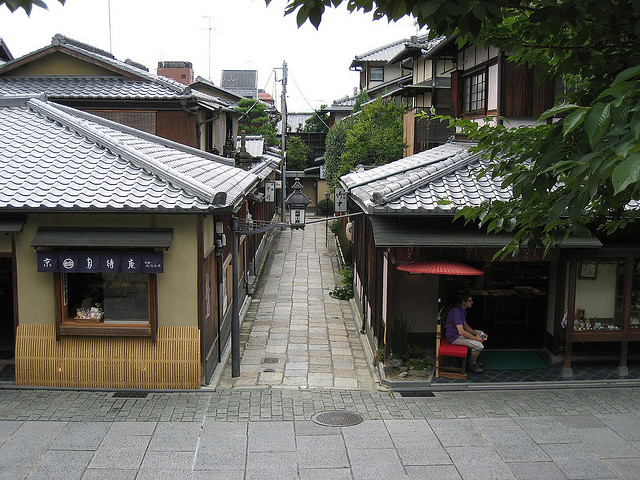 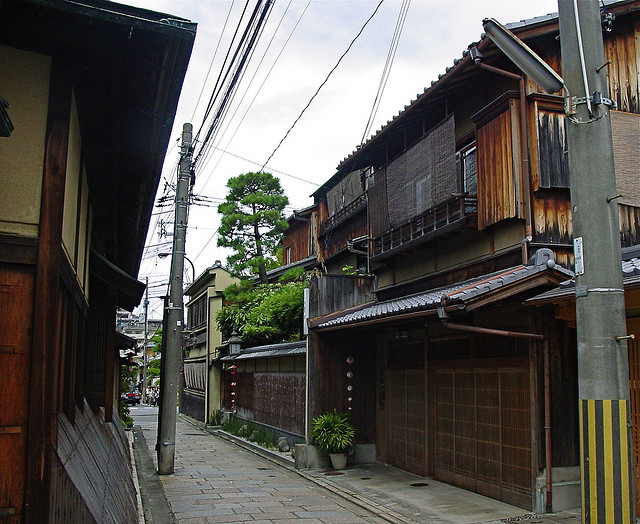 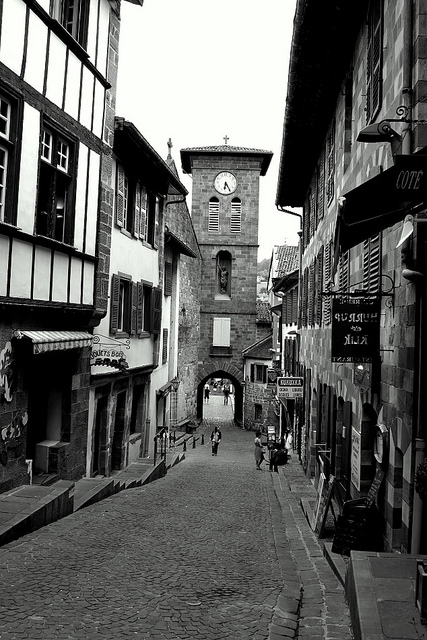 See how there are no cars in any of these streets? They just don’t go there. 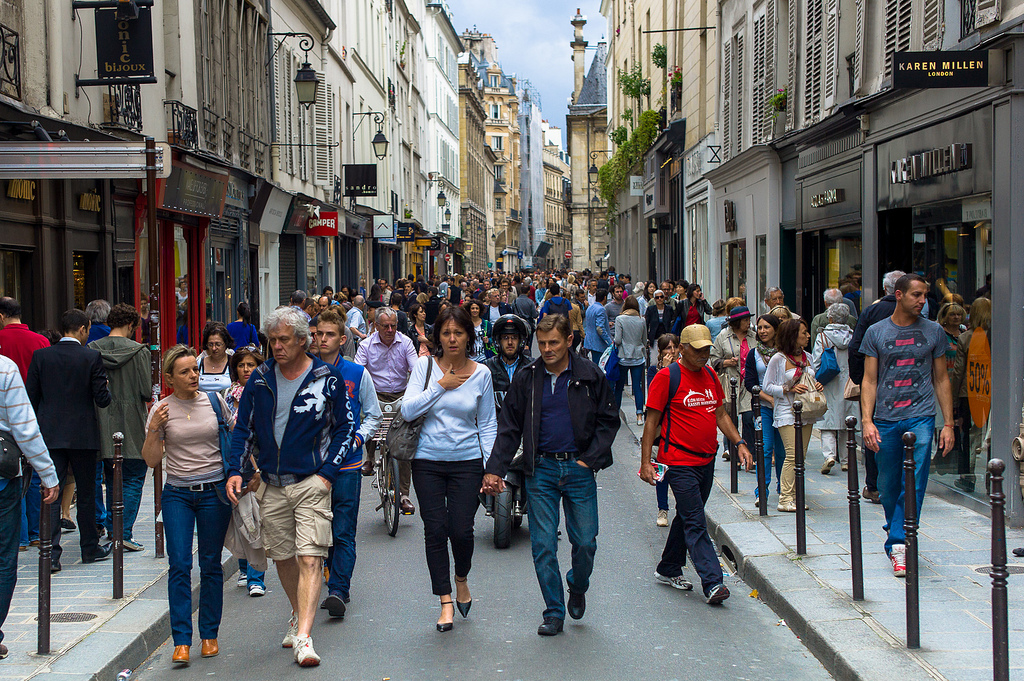 Where are the cars? 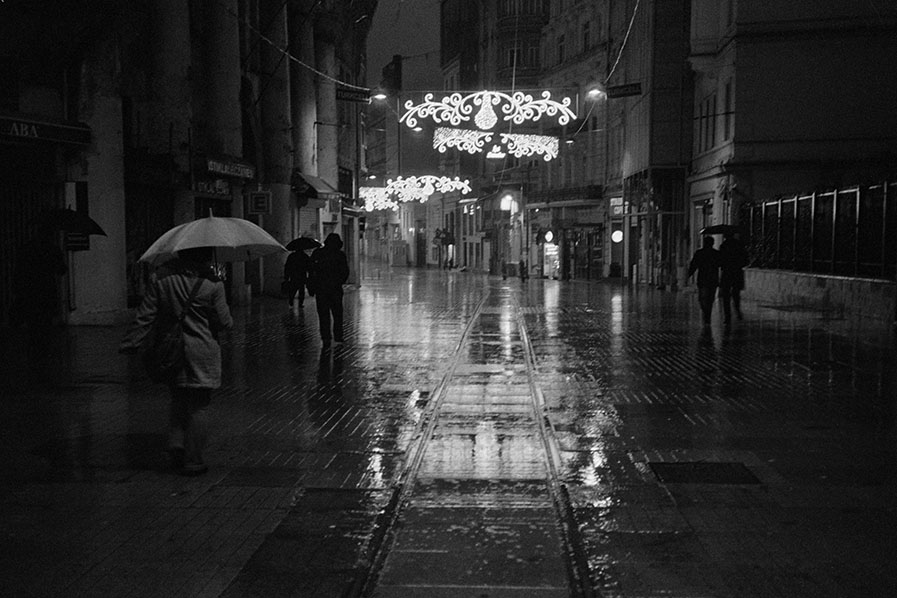 In fact, Americans are perfectly capable of making such environments. However, for some strange reason, they do so primarily as some sort of amusement park destination. 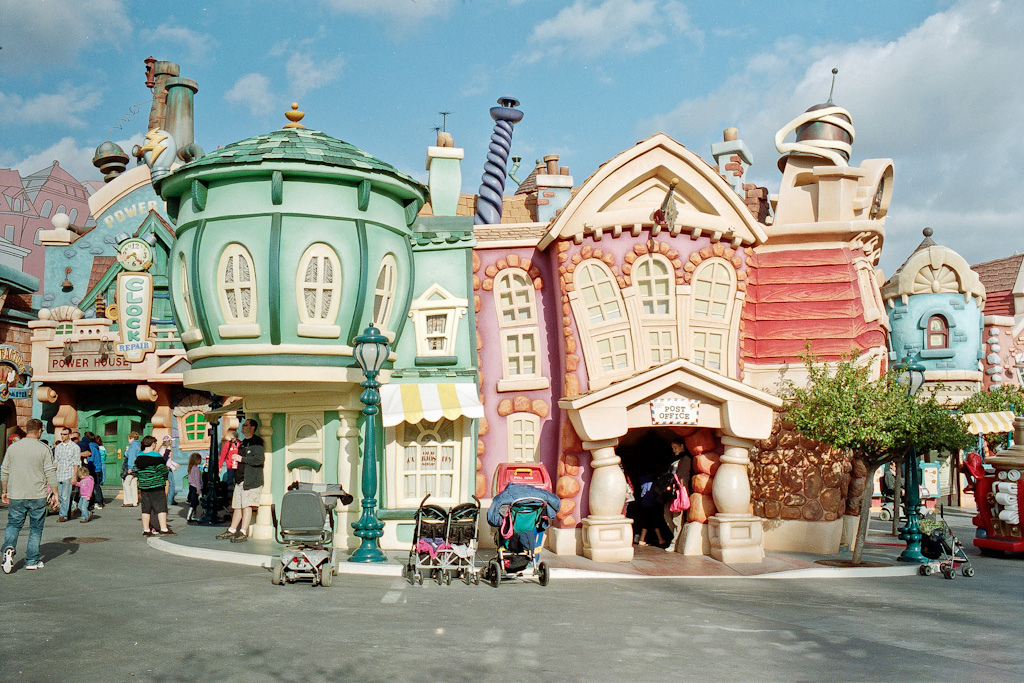 However, it works even then. At some subconscious level, people figured out that this basic format is so attractive that people want to go there on their vacation, and will pay money to do so. Even if the architecture is a little childish. 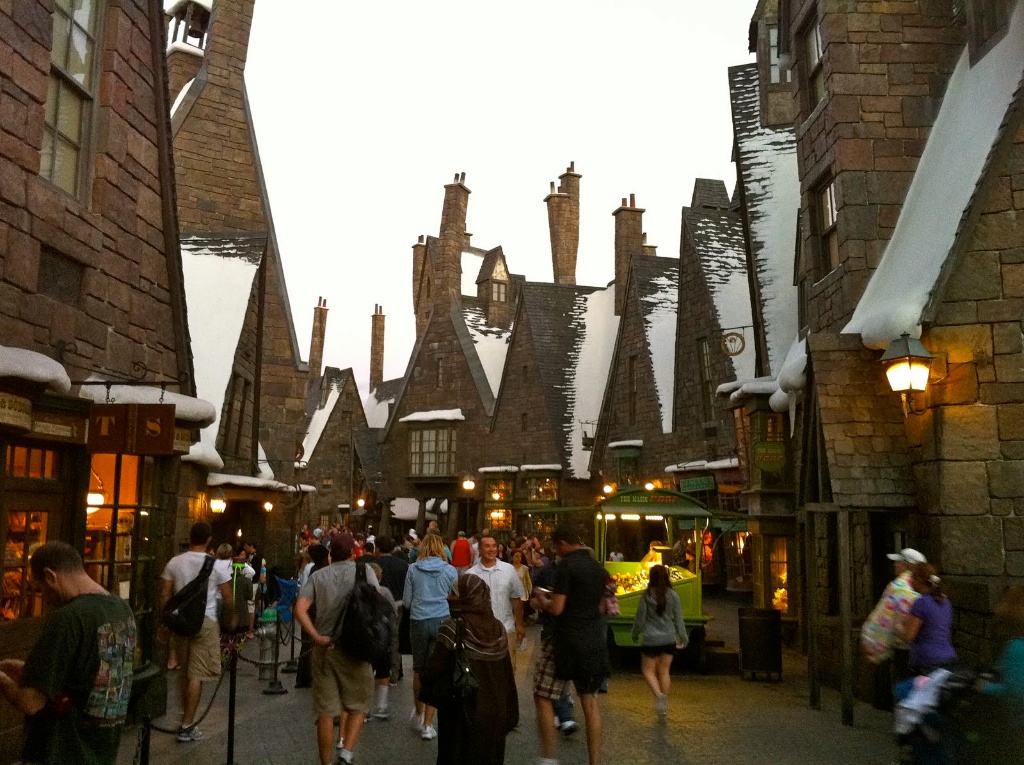 This village is the “Harry Potter” attraction at Universal Studios in Orlando, Florida. It is very popular. People pay good money to be in a Traditional City environment. 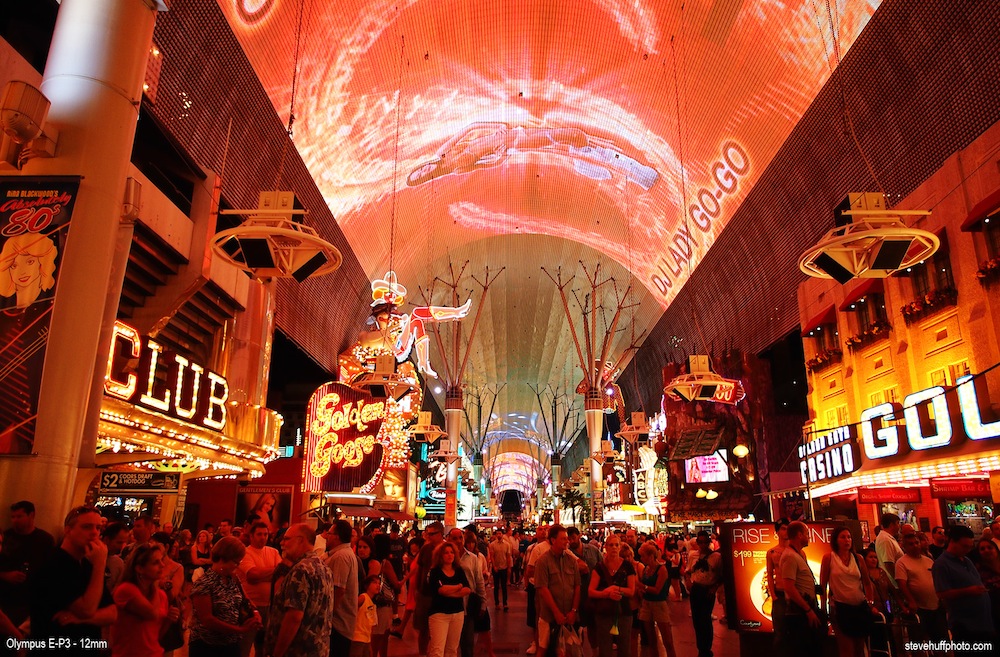 This is a very different sort of theme than the Harry Potter village in Orlando, but you can see that the basic design elements are the same. Pedestrian streets. Buildings up against the street and side-by-side. No cars.

You can even have a single-family-detached residential (i.e. suburban-style) house, but within a Traditional City environment. We looked at how this is done.

We also looked at many ways that you can create Traditional City environments today, in the United States, in the midst of Suburban Hell, even without a train system. It’s not really that hard once you put your mind to it. It could even be quite profitable. Maybe, very profitable.

We even looked at ways to combine high-rise construction, in excess of ten stories and even fifty or more stories, with Traditional City design elements, to create a new hybrid that has the best characteristics of both.

We see that it is not really difficult at all to create places where nobody needs a personal automobile — or, if they do need one, to interact with the rest of Suburban Hell, at least they do not need one within their immediate Traditional City neighborhood.

It is all a lot easier than you think. It is cheaper and easier than building Suburban Hell. You just have to imagine it.

Imagine Life Without Cars. Or, even better, on your next vacation, visit a place like the ones described above. This is not a fantasy. There are hundreds of beautiful real-life places in the world like this. Book a week in Venice, Osaka, Vienna, Bangkok, Melbourne, Barcelona, Quebec City or Cairo. Search out the best examples of Traditional City fabulousness within the city (some neighborhoods are better than others). See for yourself how well it works, and how much more fun it is than your Suburban Hell catastrophe (or New Urbanist failure). Live the Dream, if only for a week. Make it your reality, even if temporary at first. You can do it tomorrow, if you like.