We’ve talked about the Problem of Scarcity in the past. How is it that we live in the wealthiest society — materially speaking — the world has ever seen, and yet, we never seem to have enough?

Before, I talked mostly in money terms. But, we could also talk in physical terms, such as energy or other natural resources.

A lot of “sustainability” types and other doomers like to talk about the coming Age of Scarcity. They might refer to Peak Oil, or some other sort of “limits to growth” hypothesis.

Let’s look at crude oil use for example. 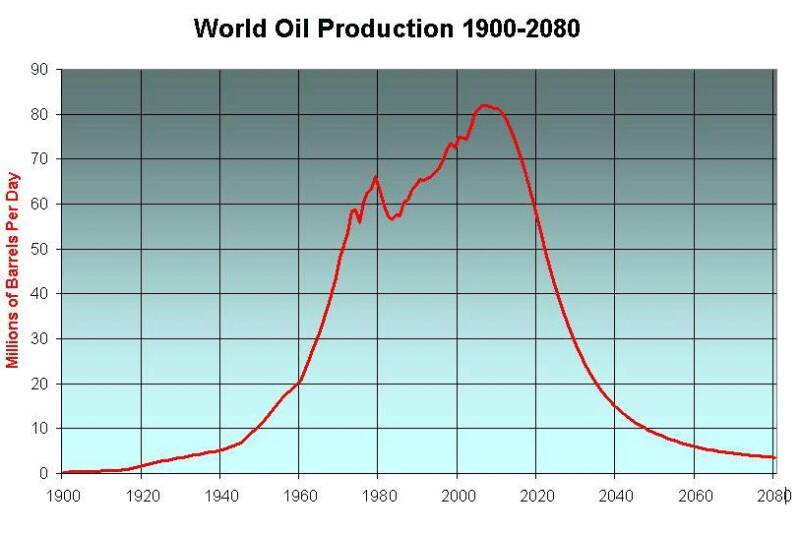 But, let’s look at this another way. World War II was fought with six million barrels of oil per day, with much of that wasted on moving tanks and planes around the European countryside. Just think of all the things that we were able to produce — ships, planes, tanks by the millions, factories clanking away day and night — on six million barrels per day. Admittedly, the world population in 1940 was about 2.3 billion people, or roughly one third that of today. But, we also have made great strides in energy efficiency, even if we don’t actually make use of these developments because energy is still cheap today. House insulation, for example, didn’t even exist in 1945. Nor did fluorescent lighting.

For example, here is a motorcycle that goes 470 miles per gallon.

That was twenty-five years ago. Just some guy dinking around in his garage after work.

Even better than that, we’ve also seen that, in actual use, a proper train system uses about one-tenth the energy of automobiles, and when you combine with a Traditional City (shorter trips/more walking), that efficiency increases to perhaps one-thirtieth of the suburbs/automobile equivalent. 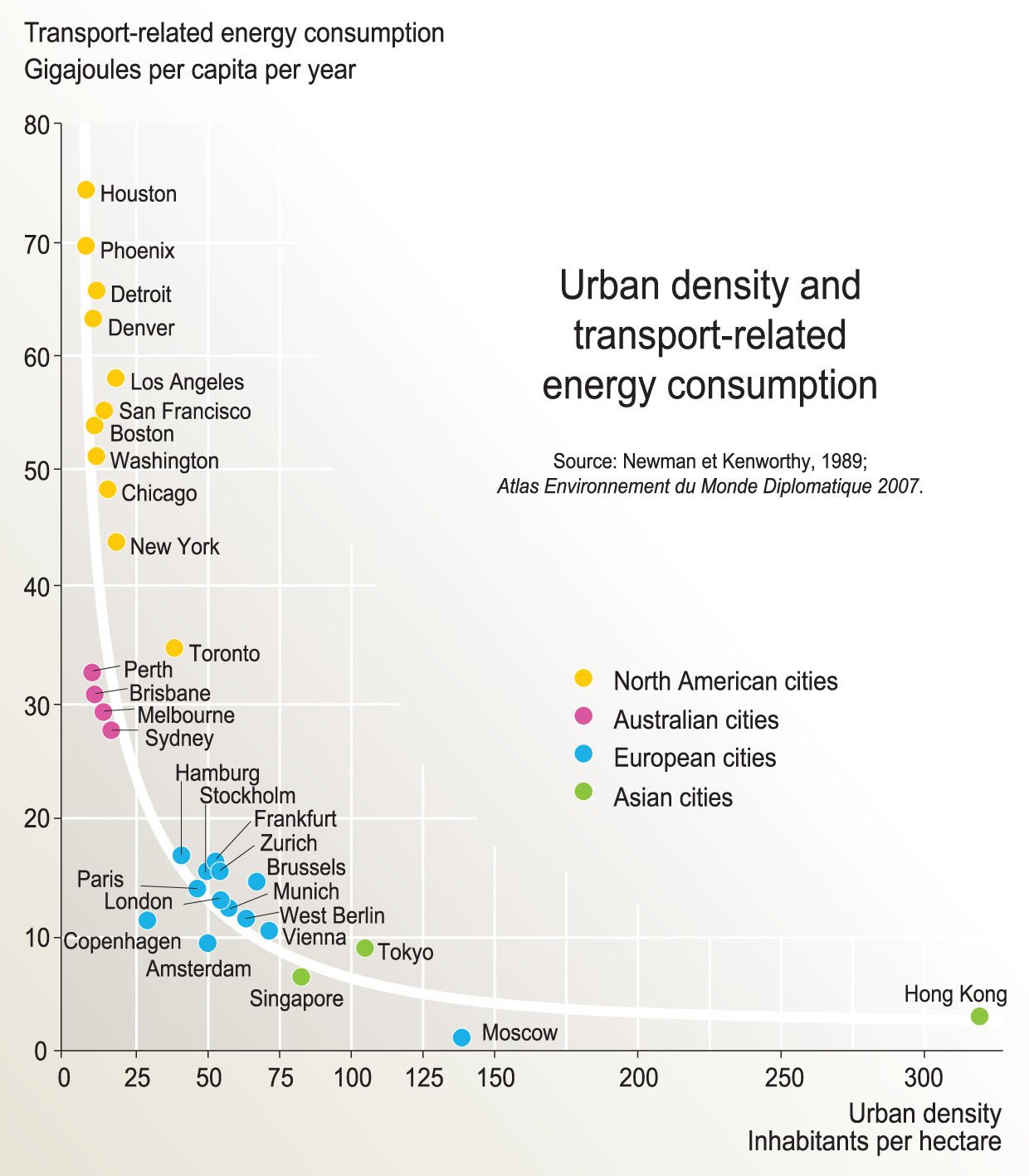 In other words, maybe six million barrels a day is … plenty.

OK, so what? You can still have a lot of fun and travel places. Instead of getting on a plane and spending a week in Thailand, you can get on a sailing ship and spend three months there. This is what people used to do. And air conditioning? Europeans and Asians got by for about 5000 years of civilization without it.

We’ve seen already that it is not that hard to reduce per-capita energy consumption by 90%, while still retaining most of the acoutrements of modern life, like computers, refrigerators, electric lighting and train systems. It might require some revolutionary new technology like living within walking distance of work, or at least a train ride of less than ten miles. I know this is tough. But hey, it’s a crisis.

The next argument you get is that: yes, we could rearrange things, but we don’t have the resources to accomplish this! Scarcity booga booga!

And we have 82 million barrels per day. Which is 82 times more than one million. Which also just happens to be about the most energy available in all of human history. How could this possibly be “not enough”? Did people sit around in 1925 saying “well, we only have three million barrels per day of petroleum. It’s not nearly enough. Let’s wait until we get it up to sixty million before we actually get off our asses and do anything.” It’s absurd.

I’m trying to point out the scarcity mentality that saturates people’s thinking today. It doesn’t matter how much there is — 10 million, 40 million, 60 million, 82 million — it seems like people are just barely getting by. Any tiny setback seems intolerable. You are going to experience scarcity for as long as you have this scarcity mentality. That’s why we should practice — just as an experiment — with a mentality of plenty, or surplus. 60 million barrels per day? No problem! Waaaay more than enough. 40? 20? 10? Six million barrels a day? You gotta be kidding me. How could six million barrels a day not be enough? Human civilization has continued for five thousand years, and for 4900 of those years, they had no petroleum at all.

So, I propose instead the Coming Age of Plenty. In the former Age of Scarcity, we extracted 82 million barrels of oil a day, at great environmental cost, but it was never enough. In the coming Age of Plenty, we use perhaps six million barrels a day, and it is more than enough. The difference between the former Age of Scarcity, and the new Age of Plenty, was mostly how we thought about things, and how those thoughts translated into action.