It seems like people don’t have much of an idea of how cities change. It is mostly done by private individuals (and corporations), for profit, within the regulatory framework of the municipal government. There might be a few public elements, like a convention or sports center, or a library, but these are a small portion of buildings as a whole. Governments are certainly responsible for things like streets (and there has been a lot of talk about redesigning Arterials or adding things like street trees), and parks. But, most of the city is built by the private market.

Let’s look at a typical suburban area, with single-family houses. There isn’t much need to change anything, unless that area is experiencing an inflow of population (or, I should say, an increase in demand for housing, which may not necessarily be met by more construction; a potential inflow of population). If there is no need for more houses, then there is no need to build any more housing. (Likewise for retail/office/commercial.) This lack-of-need or lack-of-demand is expressed by the fact that it is unprofitable to build new houses. In the market, this is expressed by market prices for existing houses that are not much different than the construction cost of new houses. In other words, not much land value. If there is no need (market incentive) to build anything, then nothing gets built. Consequently, nothing changes. Thus, we may find that there might be plenty of land, for example a big-box shopping center that goes defunct. However, there isn’t enough economic incentive (=profit) to bulldoze that shopping center and build new houses, because there is no need for new houses. Nobody wants to buy them, at a price that would produce an adequate return on capital for the developer. Thus, the defunct shopping center might lay unused and abandoned, or repurposed to some low-value use to squeeze a little utility out of the existing structure.

When land value is very high, it means that people are willing to pay a premium to live at that location. It thus makes sense to repurpose existing land to higher-value uses, even if the land is already actively occupied. For example, perhaps there is an old one-story cinderblock structure in the Mission District of San Francisco, that is currently being used as an auto repair shop. This land is not abandoned, it is being used. But, this is a low-value use of the land. The owner of the land is perhaps making $100,000 a year from its use as a repair shop (rent or equivalent rent if owned), but they could sell the land for $25 million. You could take that $25 million, put it in near-riskless mortgage-backed securities from Fannie Mae, and make 3.5% per year, or $875,000. Obviously, $875,000 is more than $100,000.

Who would buy that land for $25 million? Someone who can redevelop it and make more than $875,000 per year, since otherwise they would not invest in a risky real estate development project, and instead put the money in MBS. Let’s say they invest another $10 million to build an apartment building, for a total investment of $35 million. From this, they make a net rental income (skipping some financial terminology and also questions of capital structure), after paying expenses like property taxes and maintenance, of 8%, or $2.8 million, which is a lot more than 3.5% on MBS.

Or, the original owner could just invest $10 million to redevelop the land, while keeping ownership of it. Then, they would have an investment of $10m (which they could perhaps borrow at 5%, or $500,000 in interest cost) and income of $2.8 million per year, or a net income of $2.3 million, which sure beats fixing cars.

Would this apartment building be big, luxury apartments or small, low-cost apartments? Let’s say that these apartments are not for rent, but are for sale (condos). Our total cost was $35 million. Do we have ten luxury apartments, or 500 micro-studios? It would depend, again, on the market. If, for the same construction cost of $35 million, you could make ten 5000sf luxury apartments (=50,000 sf, or $200/sf construction cost) for $5 million each, you would have a gross profit of $50 million – $35 million = $15 million. However, let’s say that you could only sell these apartments for $4 million each, which would create a profit of only $5 million (10x$4m-$35m=$5m), which is sort of meager considering the risks involved. Let’s say that, for the same $35 million total construction cost, you could sell 500 tiny 100sf studios (=50,000 sf) for $100,000 each. That would be a total selling price of $50 million, and a big fat profit of $15m. Then, it would be a lot more profitable to sell low-cost housing than luxury housing. (The math is much the same for rentals — if you can get more cashflow from many small rentals than a few big ones, then that is what the developer will do.)

Either way, people are paying a high land (=location) premium. Out of a total cost of $35 million, fully $25 million is for the land alone. If you went somewhere with cheaper land, you could perhaps build your $10 million building on $3 million of land (which is still not real cheap), for a total cost of $13 million. Then, your $5 million luxury condo would cost only about $2 million, or 10x$2=$20m for a profit of $7m. Or, instead of a 100sf micro-studio, you could have a 250sf studio for the same $100,000. Maybe people figure that 100sf is really just too small, and they would compromise on location to get more space for the same price; or maybe they would go the other way.

Now let’s look at single-family housing, upgraded to multifamily. There’s a single-family detached house on a 10,000sf lot (quarter-acre) in Palo Alto. It has a market price of $20 million. We will assume (contrary to current policy of course) that anyone could purchase this lot and build whatever kind of residential building they like. Who pays the $20 million? Who is the highest bidder? Maybe it is a wealthy individual. They are willing to outbid all others to live in this existing house. In this case, the house does not change, just the owner. However, maybe a property developer computes that he could make a big profit if the land was used to make a six-story apartment building. It would have twenty luxury apartments selling for $2 million each, for a total of $40m. The wealthy people capable of paying $20m all have houses already that they are living in. The property developer is the highest bidder, and the land thus gets used for its highest-value purpose, “relatively affordable” ($2 million is less than $20 million) housing in Palo Alto.

Let’s say you were living in a single-family detached residential neighborhood, where market values have risen. (Your property taxes are capped, however, so you can still afford to live there.) You make $125,000 a year, but could sell your house for $5 million. If you want, you could just keep living there. Nobody is making you  sell. But, you don’t get the $5 million unless you sell. You decide not to sell. You are set in your ways. But, your neighbor decides to cash out. They take the money, buy a $250,000 luxury condo on the beach in Costa Rica, put $4.75 million in dividend-paying stocks paying 3% ($142,500 per year of income) and live happily ever after. A new apartment building goes up in their lot, now home to ten households instead of one.

Let’s say that you wanted housing you could afford. Or, anyway, you didn’t want to pay too much for it. You would rather pay $1000 a month for an apartment than $2000 a month, even if the $2000/month apartment was three times as big, because you don’t have an extra $1000 to spare, or if you do, you have better things to do with it. If this is a common condition, then the rental apartment developer calculates that it would be more profitable to build three $1000/month apartments than one $2000/month apartment, and thus focuses on low-cost housing.

However, maybe you think that living in a tiny studio really is dismal, and would be happy to pay $3000/month for an apartment that is twice as large. The apartment developer calculates that he would be better off getting $3000/month from one guy rather than $1000/month from two, and moves towards higher-end rentals.

What about those people who only have $400 a month to spend? Or, even $150 a month? Or, perhaps only want to spend $400 even if they have more money? When you can make more money from 100 people at $400/month than ten people at $3000/month, that is what you do. It might be some kind of shared bunkroom dormitory arrangement. But, what’s wrong with that? Huge fortunes have been made by addressing the low end of the market, including McDonalds, Wal-Mart, Old Navy and Revlon.

This ten-bedroom single-family house in San Francisco was made into a 38-person “communal living” residence. The rents are $650-$1,050 a month, in bunkrooms of two to six people each.

A variant of the “bunkroom” is the bunk-size separated apartment. Here, you get your own segregated space, even if it is not much bigger than a bed. Hong Kong has a genuine shortage of space. Even with aggressive use of high-rise construction, property values and rents are extremely high. U.S. cities do not have this problem. San Francisco (the city of SF) today has a population density of 18,500/sqmi, compared to Paris at 55,000/sqmi. If San Francisco were developed to the standard of Paris — which is almost entirely six stories or less — you could triple the housing availability. If San Francisco were developed to the density of Hong Kong’s highrise residential districts, you could probably double or triple that again. There is no shortage of land in San Francisco. Unlocking some of that land to development would allow prices to fall toward construction costs around $200/sf. 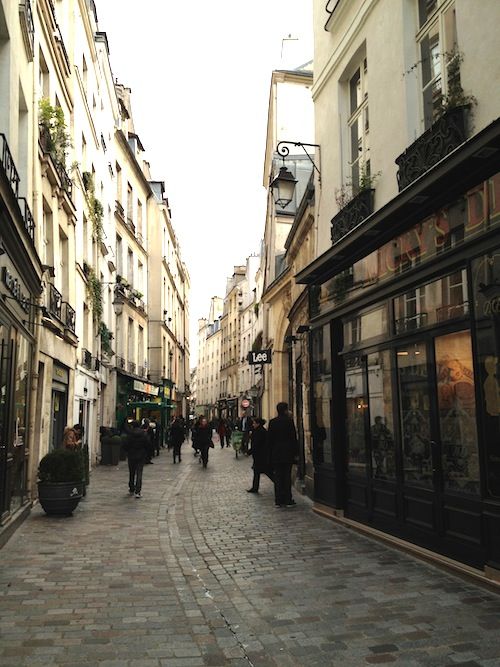 But, even in Hong Kong, where it is genuinely difficult to build any more than what they have done, low-cost housing is available. The average selling price per square foot in Hong Kong for apartments is $1,380 — or, $1.38 million for a 1000sf apartment. (It’s $987/sf in San Francisco.) But even in such a market as Hong Kong’s, the apartment pictured above, modest as it is, rents for $226 a month, full market rate, and probably even includes utilities in that price.

These examples illustrate the typical mechanisms of “market forces” at work in the property market, particularly the residential property market. From this, you can see that there should be no perceived shortage of “affordable housing”. The “market” is certainly capable of supply that meets demand at every price point, just as it does so for every other sort of good or service. The situation that many in-demand U.S. cities find themselves in is an example of extreme “market failure,” which is what bureaucrats call regulatory failure; and is also extremely unnatural.