(This item originally appeared at Forbes.com on September 6, 2018.)

We seem to be entering into one of those periods of currency turmoil, as Argentina, Turkey, Venezuela, Brazil, and even perhaps China seem to be spiraling into disaster. It really doesn’t have to be this way. The only reason it is this way is because of sheer incompetence.

This is not a message that central bankers, or academic economists, want you to hear. They would rather you believe that it somehow represents the inevitable consequences of longstanding policy errors; or perhaps, just one of those things that happens, like a hurricane. They don’t want you to find out that these kinds of events are easily preventable, and amount to nothing much more than insane negligence – like driving a car without your hands on the steering wheel. But, that is what is really going on here.

Any of these countries could solve their currency problems tomorrow by adopting a currency board. If you think things are bad now, imagine what they were like in 1990. After a decade of nonstop hyperinflation, the Argentine peso had gone from 655 pesos per dollar to 10,000 in just the previous twelve months. The Argentine currency board was installed in December 1990, and it worked fine until 2001, when it was voluntarily abandoned in the midst of a banking crisis. (Bad idea.) 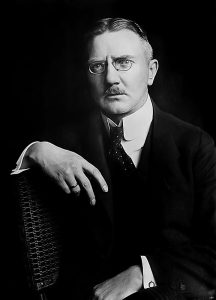 A similar achievement was accomplished by Hjalmar Schacht, in Germany in November 1923. Hyperinflation was so bad that farmers refused to sell the autumn harvest for any amount of worthless paper. Civil war loomed as urban grocery shelves went bare. In desperation, the government turned to Schacht to fix the problem. In the space of one week, Schact introduced a new gold-based currency – the rentenmark – that immediately resolved the issue. He did this with little more than a telephone, working from an office at the Ministry of Finance that had been converted from a broom closet, with a staff of one secretary. Farmers accepted the new notes in payment, and food flowed to the cities. Germany’s currency crisis was over, and it was back on the gold standard.

The point is – no matter how bad things are – a currency board works. An even more extreme example comes from the “British ruble,” issued by the National Emission Caisse in northern Russia beginning in 1918 – in the midst of the Bolshevik Revolution and the following Civil War between Red and White factions. The Whites lost, alas, and the Caisse disappeared in 1920. But, until then, the “British ruble” was reliably linked to the British pound, even while the communist-managed ruble declined into hyperinflation.

Compared to these cataclysms, today’s concerns are hardly worth mentioning. But we can see from these examples that there isn’t really any good reason to tolerate any unwanted currency volatility. You just put your hands on the steering wheel.

Whether in the context of a currency board, a gold standard system, or within a more informal “floating currency” framework, the method is the same: the base money supply is contracted (supply reduced) when the currency’s value is lower than is wished; and supply is increased when the currency’s value is higher than is wished. (I described these principles in extended detail in Gold: the Monetary Polaris (2013).) We can see that, despite the usual show of concern, neither Turkey nor Argentina’s central banks have been doing this.

If such things are possible – and obviously, they are – then we must abandon the notion that currency values somehow reflect “fundamentals” and should be allowed to go where they will. It is true that, if you don’t have your hands on the steering wheel, then any gust of wind or bump in the road (so-called “fundamentals”) may change the car’s direction; by analogy, the currency’s value may change. But, if you put your hands back on the wheel, then these things become irrelevant. The only important “fundamental” is your own negligence.

Despite all the floating currency rhetoric from academic economists, governments have learned from hard experience that Stable Money is the way to go. The International Monetary Fund categorizes 52.3% of all currencies as “anchored” (fixed exchange rate) with some external benchmark, either the dollar, euro, a composite (currency basket), or some other currency. Another 21.5% are “stabilized”: they also have an external benchmark, such as the dollar, but are allowed to vary somewhat against this. Only 26.2% of currencies are characterized as “floating,” but even these – such as the Canadian dollar, British pound, or Japanese yen – are not allowed to float very far. If there is a 10% or 15% move against the dollar or euro, heated discussions are quickly held as to what to do about it.

But you don’t want to be a part of a “dollar bloc” or “euro bloc” if the dollar or euro itself is undergoing some sort of crisis. The whole world used to be on a “dollar bloc” system. This was the Bretton Woods system that was created in 1944. It worked fine, and produced the best era of prosperity in the century since 1914, as long as the dollar itself was “anchored” to gold at $35/oz. When the U.S. abandoned gold in 1971, other countries abandoned the dollar. Wherever the dollar was going, they didn’t want to be a part of it. In practice, they couldn’t avoid the disaster that followed, the aftereffects of which are still with us today.

If that crisis arose from a decline in the dollar’s value, many crises since then have come about because of a dollar rise. A rising dollar in 1982 blew up currency links worldwide and sent all of Latin America spiraling into hyperinflation. A dollar rise in 1985 caused relatively little trauma, mostly because governments were still dealing with the chaos that began in 1982. Another dollar rise in 1998 blew up emerging market currencies throughout the world, particularly in Asia. Much the same happened in 2008, and it seems to be beginning again today.

Thus, we have two problems: first, countries that wish to stabilize their currencies’ values don’t know how to do so properly. The answer is a mechanism similar to a currency board. The second problem is that the thing they are attempting to link to – usually the dollar or euro – is itself moving up and down in value, causing predictable havoc along the way. Just as most countries link the value of their currencies to an external benchmark (dollar or euro), traditionally, the leading international currencies would also be linked to an external benchmark, namely gold. Over centuries of experience, it was found that gold’s value did not vary very much, and this allowed the entire system to function properly without the chaos and disasters common today.

Even in the “classical gold standard” era of the late nineteenth century, some countries couldn’t get their act together. A devaluation of the Argentine peso in 1890 nearly took down Barings Bank, one of London’s largest banks and a major lender in Argentina, and set off an international crisis. But this was an anomaly in a global system that was mostly very placid. The degree of currency chaos that we put up with today, somehow believing that this is the normal and unavoidable state of things, is completely ridiculous. Stable Money is not that hard to achieve. Our forefathers did it, without much difficulty. As today’s easy-to-fix crises show, we will need to learn how to do it again.