Let’s Take a Trip to Barcelona

I haven’t been writing too much about economics recently. I think people are in denial right now. An investor friend of mine characterized it as: “Well, if things get worse, that’s unimaginable. So, things will get better.” I suspect the denial will begin to crack, at least among investor types for whom denial is very expensive, when we get to $1200/oz. of gold or so. The mainstream types (including politicians and economists) will be in denial until such time as we see $4000+/oz. of gold I think. I suspect that the period from about now to the end of next year might be quite exciting from an international monetary system sort of perspective.

Besides, I’ve said most of what I want to say regarding the macro policy stuff. There’s a lot more that can be done, but, between the book and all the stuff written on this website between 2005 and the present, there’s enough out there now that most everyone’s questions should be answered. You could say I was preparing for this present time.

However, there is a lot more basic material to cover regarding the city design theme. You might even say that I am preparing … for the future period, of about 2-5 years from now, when these things will become a bit more immediately relevant. I’d like to have most of that in place too.

I did a couple pieces for the Huffington Post, with an op-ed sort of theme:

Why not take a trip to Barcelona. 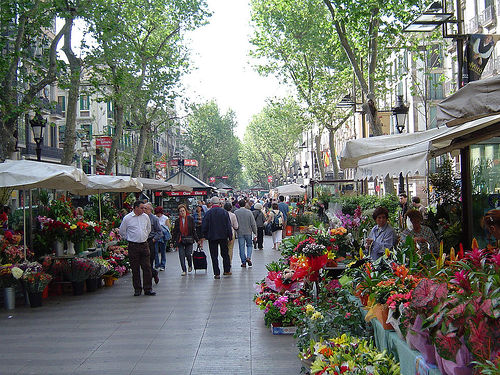 Nice open-air market. Note the buildings on either side. This is the “middle of the street.” 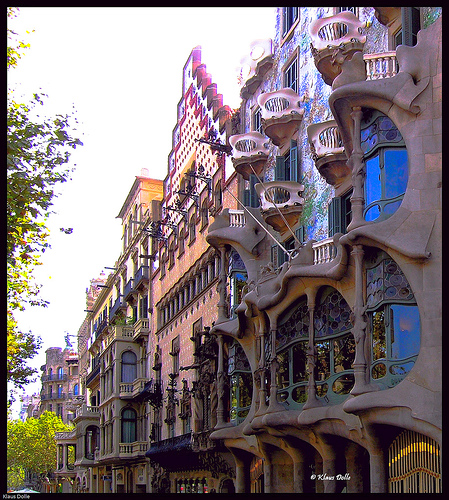 Some pretty wild architecture in Barcelona. These are apartment buildings.

People are too uptight about architecture. Have a good time with it! Why not. 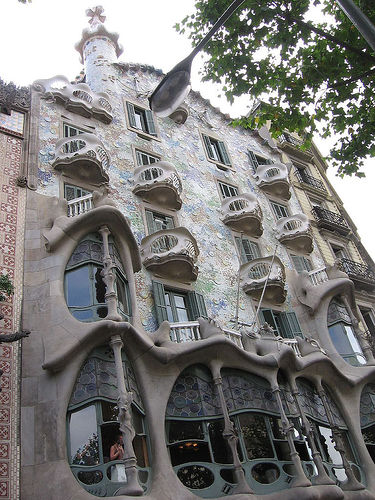 Another shot of the same apartment building. Would you live in a 500-1000sf apartment here? 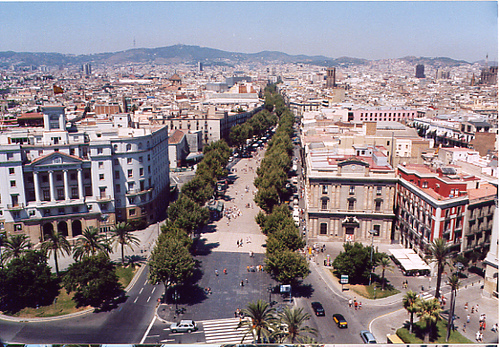 One of the wider avenues — with no cars!

You need a few wider avenues. But only a few! 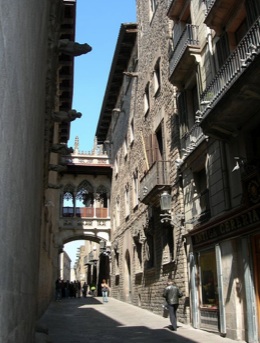 A narrow street in an older part of town. 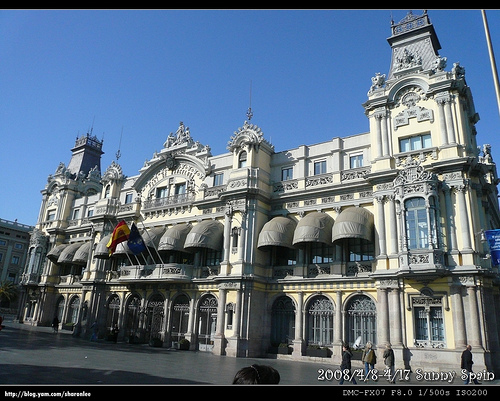 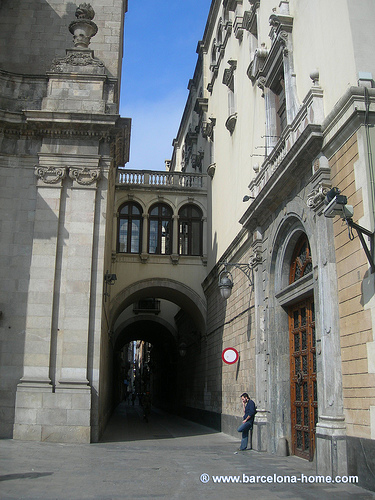 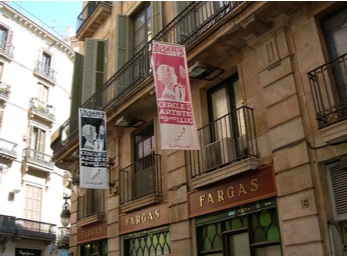 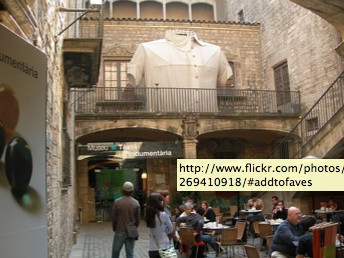 This must be David Byrne’s tailor. 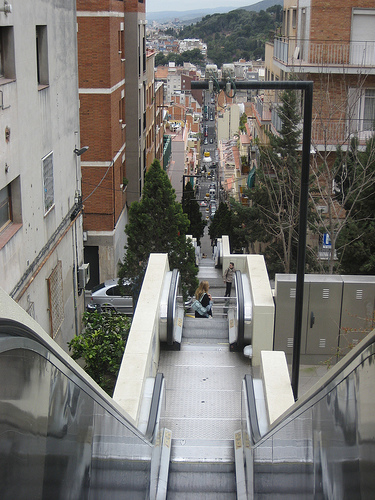 There’s something really cool about outdoor, public escalators. Hong Kong has a great one called the “travelator.” 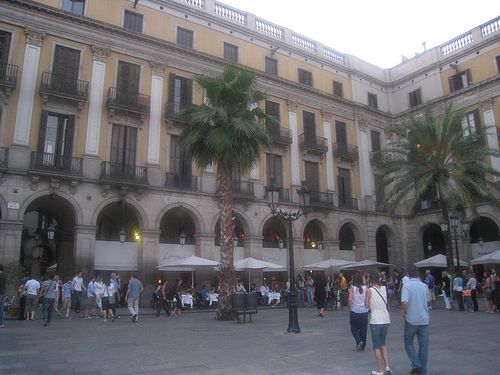 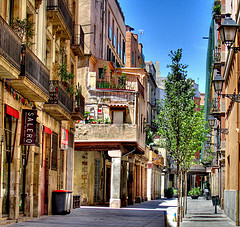 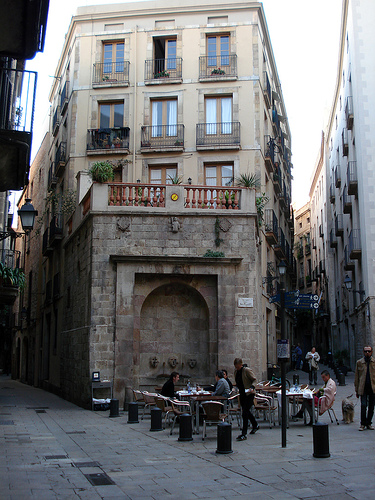 Cars are not illegal in Barcelona, but there are plenty of places without cars. Once a street becomes Narrow enough, cars just don’t go there anymore.

This is a late-in-the-day shot, but as you can see the Really Narrow Street gets a little dim when buildings go over four stories high or so. 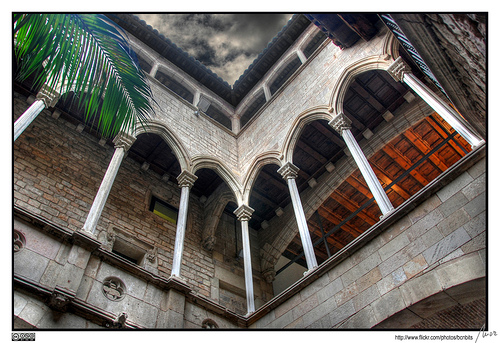 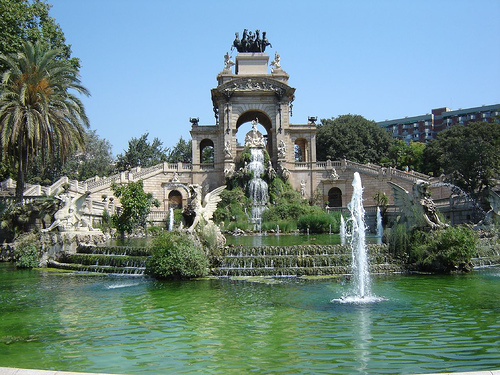 Maybe I’ll start slipping in a bit more ambitious architecture here and there. However, I find that people tend to fixate on the architecture, and miss the fundamentals of Really Narrow Streets, buildings side-by-side, and no cars — the essential elements of the Traditional City. Only after you’ve mastered those fundamentals should you move on to integrating more interesting architecture. 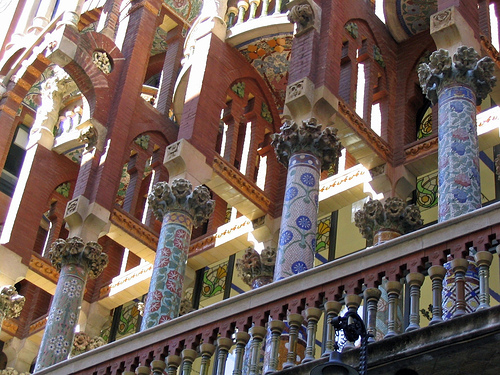 Today’s generation of architects are basically Neanderthals. They should be ignored completely. Instead, pay attention to the successes of past generations.

The next thing that people tend to think is that we can’t make a city like Barcelona (the best parts of Barcelona) unless we have decorative inlaid tile pillars topped by stonecarvings of whatever-the-hell-that-is. People just like to make up stupid excuses. Make a simple box, and you will get a good result. There’s plenty more to do when you get more ambitious. 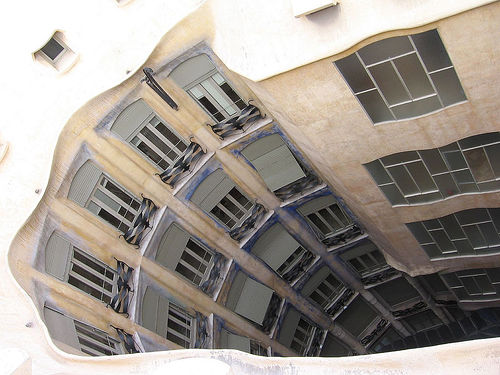 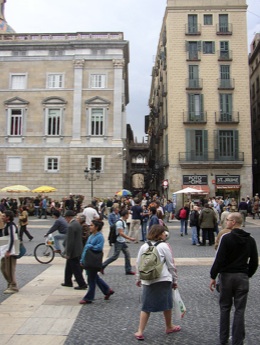 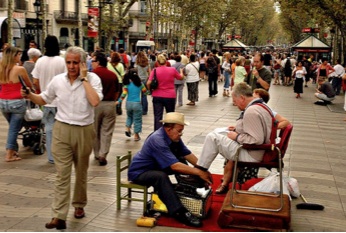 Life sure looks like a pure fucking horror when people don’t have cars. 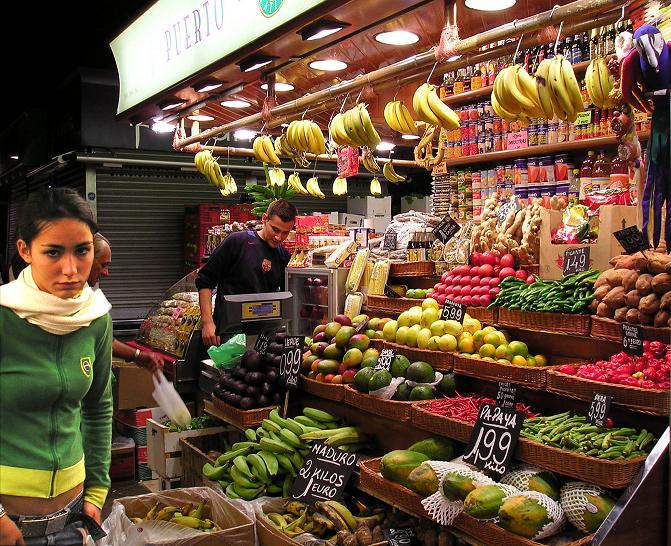 Local shop. You get more little shops like this in a Traditional City. That’s something else I’ll talk about later. The way things are going, it will probably take another two years. 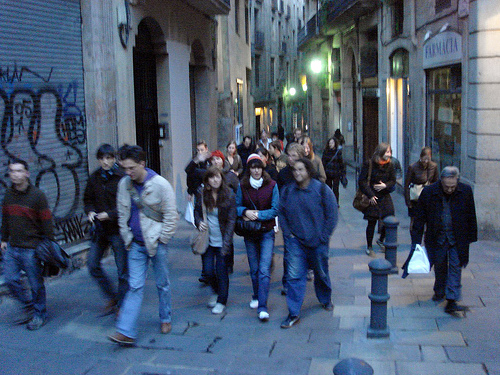 A bunch of people tearing their hair out because they don’t have cars. 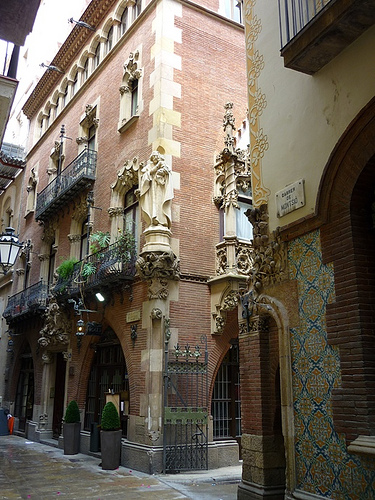 When a building faces a pedestrian street, you can incorporate elements that can be appreciated by a person. Look at the statuary, the tiled walls, wrought-iron railings, arches, grilled doors, the moldings (carvings?) around the windows, and the way the top of the building is treated. Lots of sophistication here. We’re way beyond the fifth-grade level now.

You don’t put a building like this in the strip mall next to the Target.

Plenty of interesting material in Barcelona. I hope you enjoyed your trip.

Other comments in this series: