The source of the data is here: 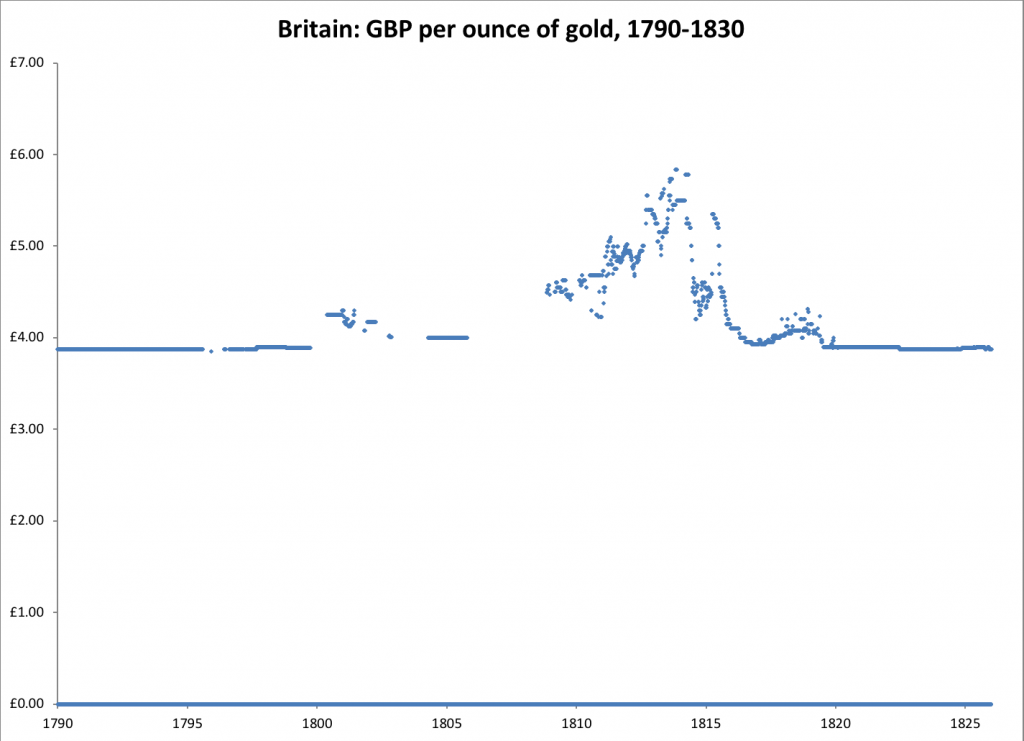 The data here is somewhat intermittent, so I plotted it as points rather than as lines. It is the gold price in London, in pounds. Convertibility was officially suspended in 1793, but as we can see there was not much change in the value of the pound vs. gold, at least according to this chart. There may have been some sort of capital controls — this was wartime — obscuring true market conditions, however. At least as far as this chart is concerned, the real action starts to happen around 1808, and the pound reached a nadir soon before Napoleon’s defeat in 1814. He escaped from Elba island and staged a recovery, ending in defeat at Waterloo in 1815. 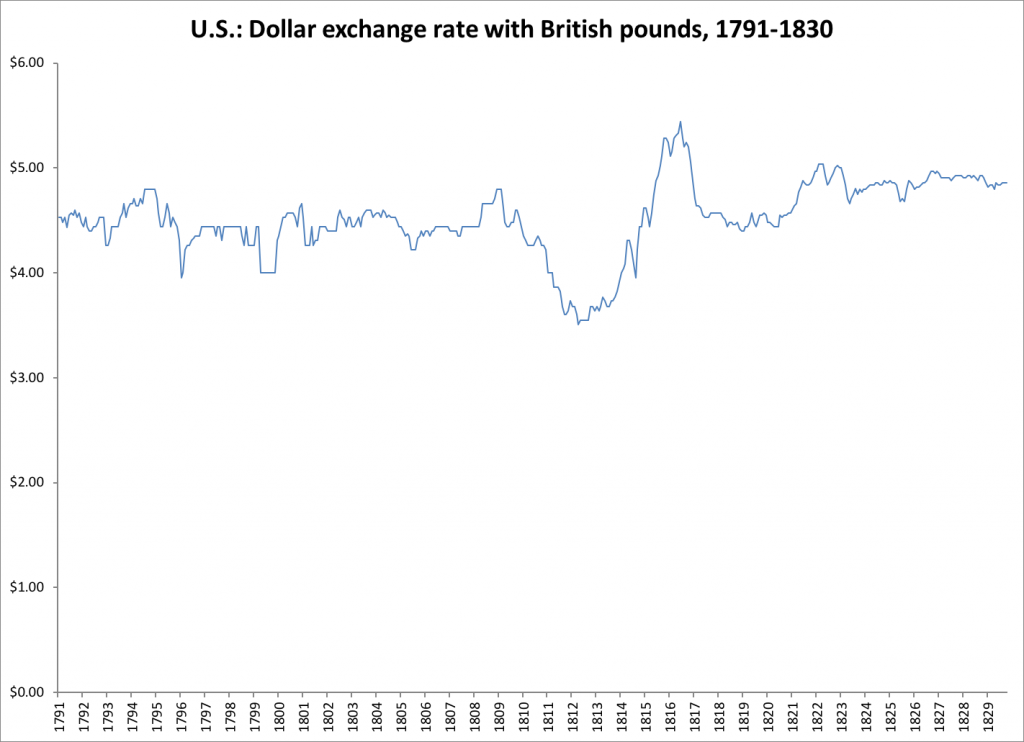 Here is some info on dollar exchange rates with British pounds during the same period. It appears to be based on the London price of 60-day bills of exchange on Baltimore. Thus, there is an element of credit risk here too. Anyway, foreign exchange rates were not so stable in the pre-1812 period as they were later on. You can see that the latter 1820s have much more stable exchange rates.

Anyway, the interesting thing here is the War of 1812 with the British, which included some depreciation of dollar value due to the suspension of gold conversion among many banks (mostly in the South), plus the issuance of Treasury Notes as a wartime financing expedient. There’s a decline in GBP value vs. the dollar in 1808-1812, due to the decline in the pound/gold shown in the first chart. Then, there’s a decline in the dollar vs. the pound, due to the depreciation of the dollar. The dollar recovered after 1816 with the introduction of the Second Bank of the United States, which began the re-establishment of gold standard discipline in the U.S. The exchange rate settles down after 1821, when both the U.S. and Britain had re-established the gold standard after wartime floating.

This is a nice way to get an idea of the degree of depreciation in both the dollar and the pound, during these wartime episodes. It was not too much in either case. Unfortunately, I haven’t yet found anything comparable for World War I, showing the degree of dollar or pound depreciation against a free market price of gold (as you might find in Buenos Aires or Singapore, for example). Prices from the U.S. or London reflect the capital controls of the time.