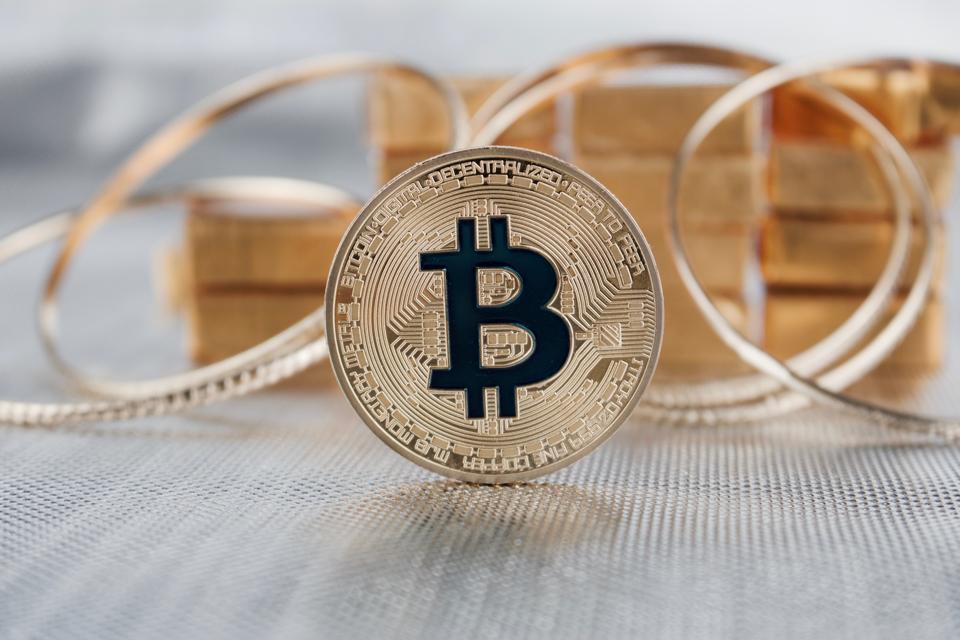 “Gold or Bitcoin?” seems to be an idea, a meme, that is rising to the surface now. People sense that the world’s banking systems are at risk, and are thinking about alternatives. Some people think that the boom in unoccupied, foreign-owned apartments in major cities worldwide is driven by the same urge to own assets outside of banks’ digital environment. Jim Rickards – he worked at LTCM during their crisis in 1998 – has said that he thinks the financial system could go “Ice-9” sometime not too long from now. It an obscure reference that means “everything freezes solid.” Spain’s recent shotgun marriage of the failed Banco Popular ($195 billion in assets) with Banco Santander, for a price of one euro, recalls Bear Stearns’ Fed-directed sale to JP Morgan in March 2008. Everything was fine then too.

I find that gold and Bitcoin are actually somewhat complementary – that one’s strengths are the other’s weaknesses, and vice versa. This suggests that gold and Bitcoin together might have some role in our future. It’s common to see Bitcoin even represented visually as a sort of gold coin.

Gold’s strengths include its millennia-long history of serving as a stable store of value. The gold coins that wealthy Roman families buried under their homes, during the collapse of the Roman Empire, are still valuable today, and arguably, still worth about as much now as they were then. This stability also allows gold to be used as a standard of value for pricing and long-term contracts, such as loans or employment agreements. Also, there is a lot of it: about $7 trillion worth of gold in the world, compared to $33 billion of Bitcoin. Bitcoin is still digital vapor, even if it is independent of banks’ own digital vapor systems (when was the last time you held a paper share certificate?). A world in which banking systems go down is certainly one in which cellphone and internet systems can go down. Gold is indestructible. Gold is also anonymous, in a way that no digital currency could ever be, even if it tries. Gold is relatively easy to transport and trade. A gold kilobar easily fits in the pocket, and is worth about $40,000.

However, we want something easier to transact in than that. One popular use of Bitcoin has been for long-distance transactions, such as remittances from immigrant workers back to their families at home in other countries. In the past, this required services like Western Union, which charged big fees. Also, Bitcoin can be subdivided almost indefinitely, and works well for small transactions. The smallest tenth-ounce – about 3.1 gram – gold coin is still worth about $120. Bitcoin might soar multiples higher in value – who knows? – but we know that it is not a reliable store or standard of value. It has no history of stability at all. Because of this, we can’t use it effectively as a basis for pricing, or for long-term contracts.

Thus, I can see a situation where gold can be used somewhat like a “savings account,” and Bitcoin as a “checking account.” You would keep a Bitcoin balance for transactions, but maybe not a large amount. Bitcoin could be sold for gold, or gold for Bitcoin, as the need arose, to replenish your transaction account or transfer value to long-term assets. Prices and contracts might be denominated in gold, but payment made in Bitcoin at the daily market rate. This is already common for goods and services denominated in dollars, but where Bitcoin is accepted in payment.

This model is actually not much different from similar arrangements we have seen worldwide. People in Turkey, like many such places with a history of unreliable currencies, might use euro-denominated assets as a store of value, and also have prices denominated in euros. However, actual transactions can be made in Turkish lira. A thousand years ago – also in the present-day location of Turkey – the Byzantine Empire had a system that was based on a highly-reliable gold coin, the solidus, which did not change in value for over seven centuries. However, especially during the fourth century, most commerce was conducted with a variety of junky copper coins, whose market value against the solidus was quoted daily. China has had a long history of using gold and silver ingots for large transactions, by measured weight, and copper coins for smaller. We can even go back to the earliest days of Sumer, in Mesopotamia around 2400 B.C., and we find prices quoted in silver, but payment accepted in a range of commodities, at their market value vs. silver.

I think it would be better to have a consolidated system based on gold, with a Bitcoin-like option for small electronic transactions. GoldMoney offers a service like this. But, for whatever reason–including the money-laundering inquiries, lack of anonymity and tax consequences of transactions in gold via an electronic platform–people seem to like Bitcoin. One interesting consequence is that no central banks seem to be involved. That might be nice.