Let’s Take a Trip to the English Village

The U.S. began as an English colony, and the culture is fundamentally English. So, let’s take a trip back to Dear England, and to the wonderful, ancient villages that dot the landscape.

I’ve said that the Traditional City is not really about size. You can have a Traditional City with a population of 600, or you can have a suburban cesspit with a population of 15 million. The Traditional City can scale up to any size, or scale down to any size, but even at its largest and smallest, it is really the same thing: narrow roadways and multistory buildings side-by-side and hard up against the street. Even in the countryside, the basic needs of non-farmers are the same. Farmers, dairypeople and livestock raisers need land to work, so they typically have a large central estate with fields all around. The central estate tends to be big, because it takes a lot of people to work the land, either an extended family or workmen/peasants/etc. Plus, you need outbuildings to store hardware or hay or wagons, keep animals, and all that other farming stuff. However, the non-farmer, even if they live surrounded by farms, doesn’t need all that nonsense. Thus, the non-farmers tend to aggregate in a dense village.

The result is that you can live an “urban lifestyle”, i.e. one without a car, even deep in the country. You can own a car, but maybe use it only every other weekend. Or, you could rent one, or borrow your friend’s. Or, you could just take a bus or train when you want to leave the village.

Also, villages are spaced perhaps 3-5 miles apart, which means that everyone is within about 1.5-2.5 miles of a village. That’s a nice walk. So, even the farmers don’t need a car (or horse) to get to a village. Do you know how long it takes to clean and saddle a horse for riding? It’s about 20 minutes with practice. And, horses don’t walk any faster than humans. Then you have to put it all away when you’re done. Easier just to walk.

Let’s see what I mean. 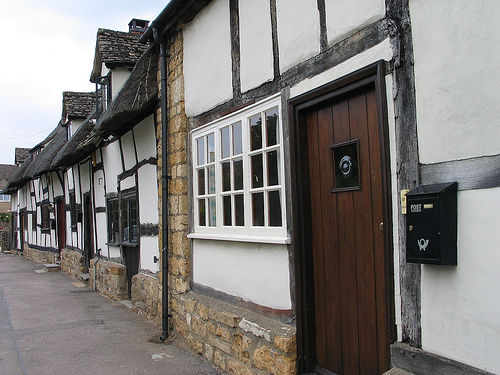 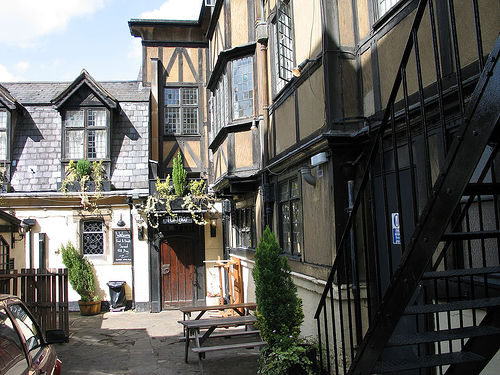 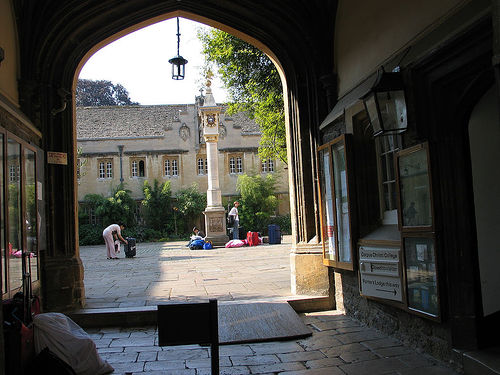 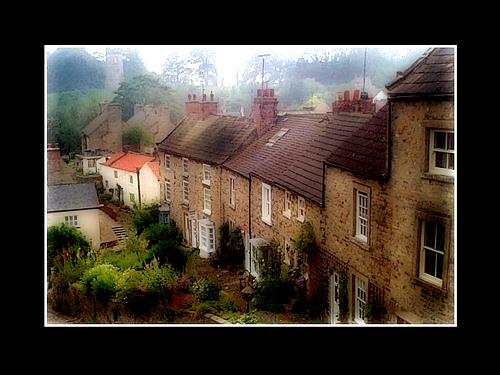 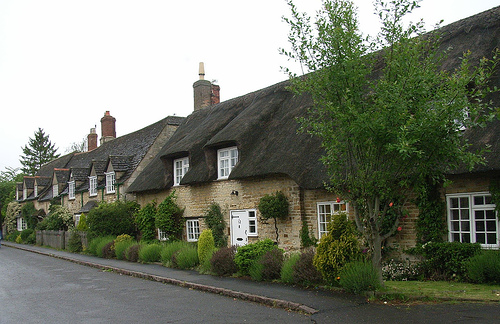 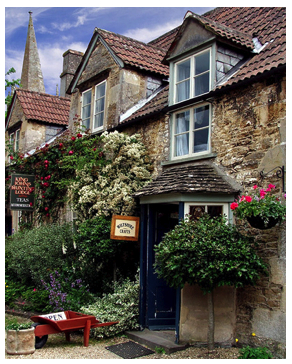 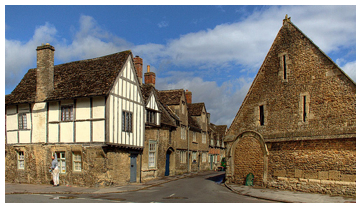 Built in the 13th century. 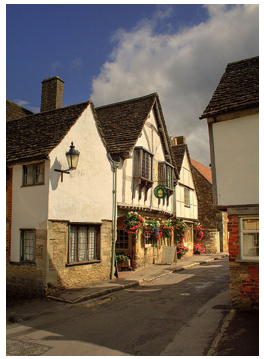 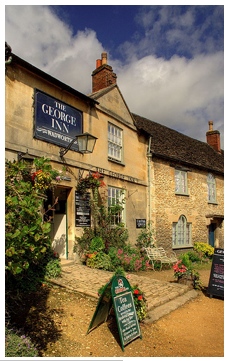 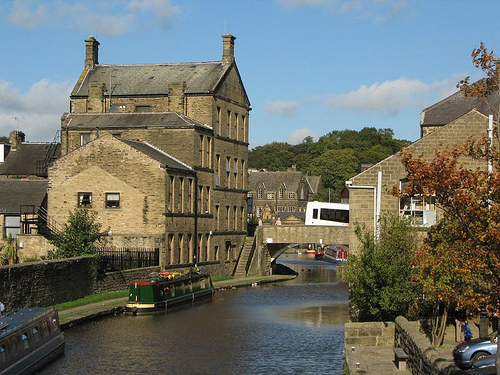 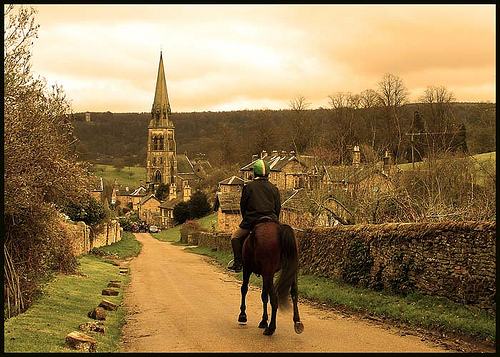 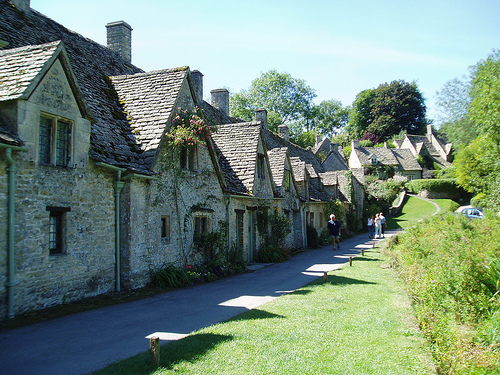 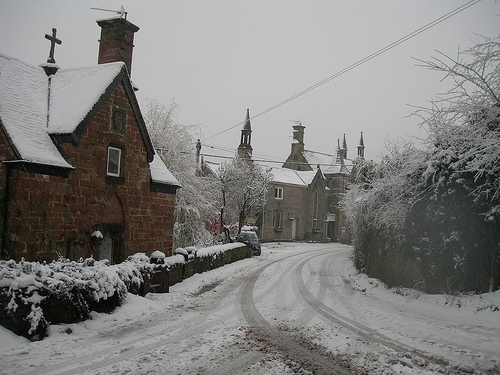 Note that the street here is barely wide enough for a single automobile. Just fine for people and horses, though. 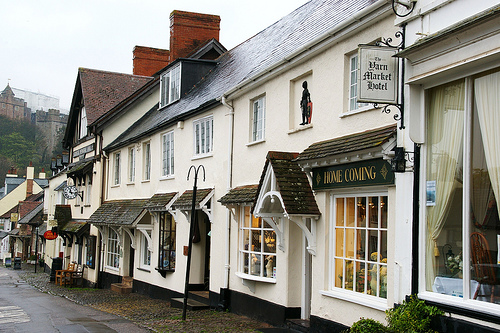 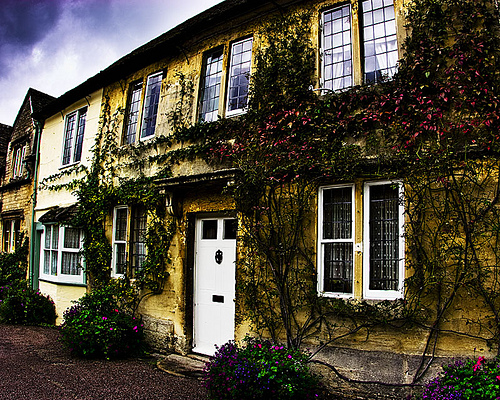 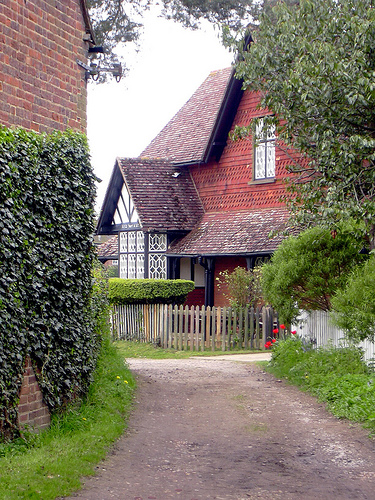 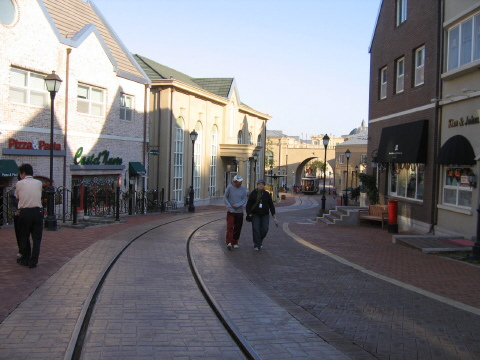 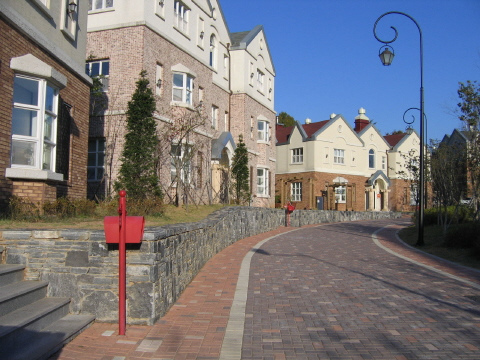 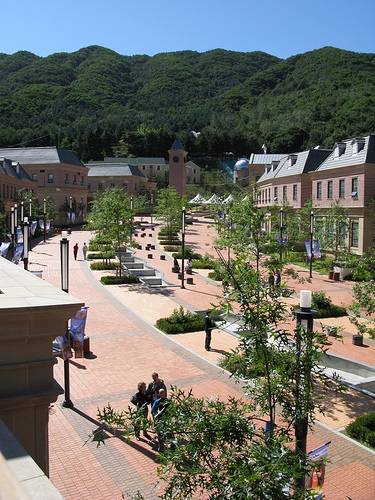 The last three photos are not even in England. It’s a development called “English Village” in Korea.

You see, when Koreans see something they like, they say: “Hmmmm, let’s try it!” It’s no more complicated than that.

But, you’ll notice that they didn’t try to “improve” the English village with more parking and dedicated left turn lanes. The English village isn’t about thatched roofs and afternoon tea. It’s about Really Narrow Streets (these fall a little short of Really Narrow but I’ll give them a passing grade), and multistory buildings side by side and flush with the street with no useless greenery. It’s actually the same recipe as for Florence.

Actually, the traditional Korean village is a lot nicer than the Korean version of the English village. Maybe we’ll visit sometime. 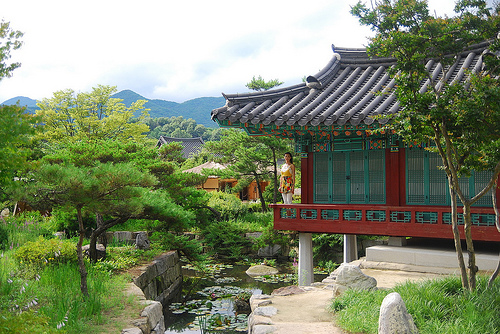 “Bad Bank”: Is this any different than the original TARP plan — or the “Super SIV” (remember that one?) NO! It’s just another try by the bankers to stuff the government with a lot of junk paper. There’s a notion — a notion constantly peddled by bankers to politcians who don’t know how banks work — that banks need to be “purged of their bad loans” to operate. And if they aren’t, well, the economy is going to get it! This is baloney. As I said earlier, there are “banks” (usually called “asset management companies”) that hold nothing but bad loans. This can be a perfectly profitable business, if the bad loans are purchased at the right price. What banks need to do is to mark down the value of their assets to a reasonable estimate of their fair value, and to adjust the capital structure of the bank to accomodate this writedown.

A stock never matures. It goes up and down, endlessly, forever. To “cash out” of a stock, you have to sell it to someone else. However, a debt, and all of the subsidiary paper built upon that debt such as ABS or CDO tranches, is paid and matures, and thus disappears. It is “self liquidating.” In the process, the debt generates a string of cashflows: interest, principal, and maybe some fees or whatnot. Whether a debt is “bad” or “good”, it generates some string of cashflows. For example, a 30yr fixed rate fully amortized mortgage generates a string of 360 identical monthly payments. And, if that mortgage goes into foreclosure, then you have a string of monthly cashflows, then maybe some delinquent or late cashflows, and then a big chunk of cash from the sale of the foreclosed house, or whatever. The point is, if the banks keep the paper, then they eventually get whatever they get. “Whatever they get” is the fair value of the loan. That’s how the business is supposed to work, and it’s how it does work.

Let’s say a bank has a loan for $1000, but it has gone into default. The bank can sell the defaulted loan on the market, but it finds that the best bid is for $100. The banker thinks: “This loan is worth more than $100. I bet we can get $400 out of the borrower, via some combination of collateral, restructuring and reduction of principal, a debt/equity swap, or any one of the many other tricks in my banker’s playbook. It would be stupid to sell this loan for $100.” OK, fine. Then don’t. Just hold onto it, manage it, and get your $400.

This is bankers’ business. This is how all banks worked. They didn’t used to package and sell loans. That is a relatively new development. There was no “market price” for loans because there was no regular market. Bankers and accountants made a reasonable actuarial estimate of their future cashflows from a loan, on a quarterly basis. I’ve said before that “mark to market” and banks’ business model have inherent conflicts.

The government should just let the bankers get whatever they get. However, the bankers will need to restructure their capitalization to accomodate their losses. I suggested a debt/equity swap:

This “we need to dump our toxic waste on the government” rhetoric is nothing new. I mentioned all this before:

In the end, the taxpayer gets it up the ass, good and hard, as usual, all day long, always and forever. But you noticed that, didn’t you?

Go figure. I thought that maybe someone put a link somewhere in a popular spot, but that is apparently not the case. Apparently, the interest comes from via Google Images (???).

Debt/Equity swap: Why a debt/equity swap? This is to be fair to the debt holders. Once the equity gets wiped out, then the debt takes a loss of some sort. How much of a loss? In the case of a liquidation, this is easy to answer. In a going concern, however, it is a lot cloudier.

Now, let’s say you’re a bank. You have 1000 mortgages for a total of $400m. Of these, 40 mortgages are in default, and 80 are delinquent. The equity holders are effectively wiped out, because, due to poor capitalization (potential losses in excess of equity), the bank can’t continue as a going concern (nobody will lend to it) without recapitalization. So, how much of a hit does the debt take? We have no idea. What will be the recovery on the defaulted loans? How many delinquent loans will go into default? How many performing loans will become delinquent? What will be the performance of new loans that haven’t even been made yet? It will be ten years before these questions have a definitive answer. So, you can’t really say, in advance: “The debt holders need to take a 10%/50%/100% loss.”

The important role for the goverment would be to make this conversion process very quick, with no messy loose ends. It could happen overnight. Afterwards, the bank is no longer in bankruptcy. It is a normal going concern, with a new, much healthier balance sheet, and a new stock listed on the exchange. The debt holders (now equity holders) can then choose to exit via the stock market if they wish.