Today, we will re-summarize our work on the Interwar Period.

There are a lot of wildly different “interpretations” of the Interwar Period — these “interpretations” for the most part untroubled by the lack of any theoretical or factual support. From my perspective, there was not a lot to “debate,” because most everything crumbled to dust as soon as you began the most rudimentary investigation. I don’t claim to have the full picture of what was going on in those days. I haven’t really researched the Great Depression period in the kind of detail that I would like to. Nobody else seems to have done this either. But, I think we can pretty much dismiss the idea that there was some major monetary component, at least until the devaluations of 1931. I think there was a substantial credit component, and that this is deserving of much more study than it has received. For now, I am happy to assume that the credit contraction (shrinking bank lending) was more of an “effect” than a “cause,” but it is a topic for further investigation.

In the end, I came to the same conclusion as most people of the time, and the most common consensus for thirty years afterwards, until the 1960s. Even today, the standard Keynesian model, which does not recognize a “monetary cause” even as it recommended a monetary response, remains a major “interpretation.”

It’s worth noting that one of the most successful economies after 1933 was the one that didn’t devalue — Germany. 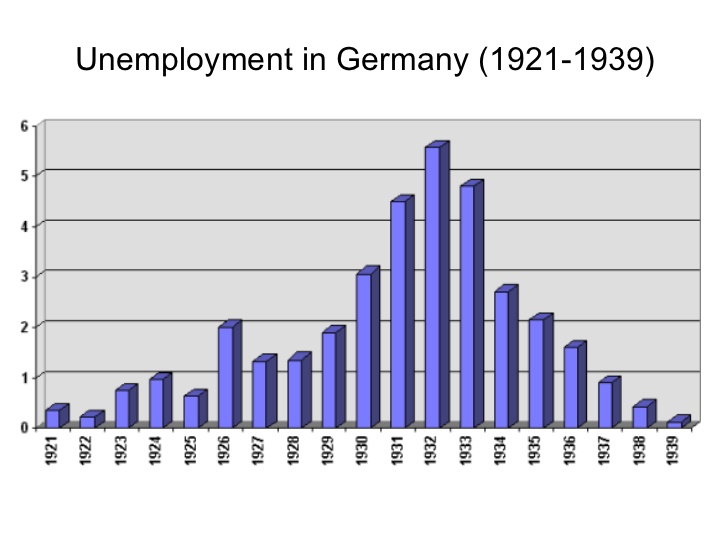 This is in millions of people, not percent.

I have a feeling we aren’t done with the Interwar Period. But the main importance is not really what happened eighty years ago, but how it affects the understanding of economics today. I wanted to take some time — a lot of time, it turns out — to clear out this basement and drag all the old furniture onto the lawn. Quite a lot of contemporary economic thinking is based on these “interpretations.” I think some hard sunlight will help kill the mold and fungus that has built up over the decades.